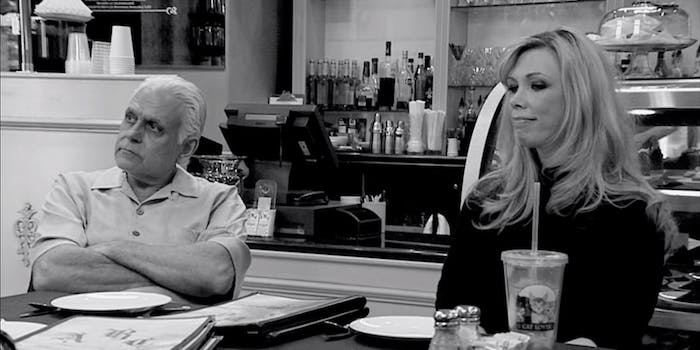 It's the latest incident for the controversial owners.

The charming owners of Amy’s Baking Co.are under fire yet again—and it’s not for their cooking.

Amy and Samy Bouzaglo, whose appearance on Kitchen Nightmares caused host Gordon Ramsay to walk out on them and gained the fury of the Internet multiple times, are accused of threatending a customer with a weapon.

According to a video from TMZ, Samy appears to be wielding a knife towards a drunk customer whom an enraged Amy asked to leave. The customer did leave the premises, but Samy still ran after him while Amy tried to hold him back.

Police were called to investigate a disturbance at Amy’s Bakery Co. Saturday, but the man in the video left by the time authorities arrived. KPHO reported that no arrests were made in the incident, but charges could be pending once police find and interview everyone involved.

When news outlets contacted the Bouzaglos, they insisted that Samy had a pen on him in the video, not a knife.