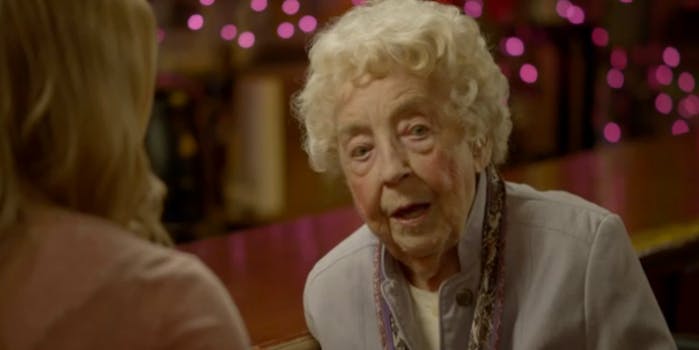 The second season of Inside Amy Schumer has already provided some golden moments just four episodes in, and last night’s show proved it’s one of the best comedies on TV right now.

In between sketches, Schumer often interviews people on the street, or sits down with interesting people on set. Last night’s “Amy Goes Deep” segment focused on an 106-year-old woman named Downing, and the conversation between two generations of women was quite illuminating. When asked what changes Downing’s seen for women over the years, she replies, “Well, everybody’s wearing pants.”

Schumer’s become a sex-positive icon, and while she would indeed make a great late-night host, it will be more interesting to see where she takes this show, which, along with Broad City, has Comedy Central more of a level playing field.

Also, if you haven’t seen her Call of Duty sketch, please watch it now.