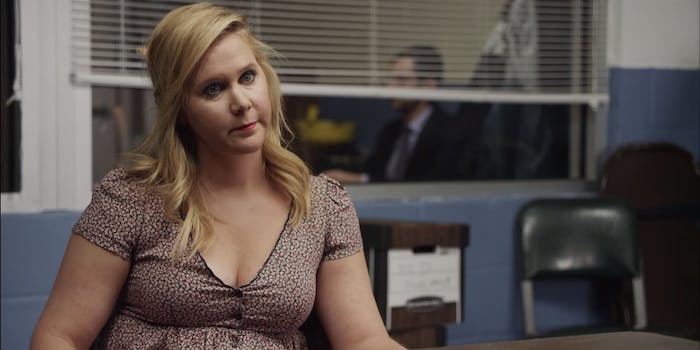 You should be watching Colin Quinn's new webseries.

When Quinn asks Schumer to appear in his new webseries, she agrees to portray the female leader of the titular “hipster drug gang.” Schumer is dryly hilarious as she swats away unrealistic plot points and challenges Quinn and his team’s meager grasp on authority.

Episode 1 established Quinn as himself, followed by a French documentary team, as he puts together a New York City-based crime drama. Quinn is marvelously inept as he miguidedly points out all the special markings of “his” New York, like filthy snow and a graffitied doorway. Check it out for a fun cameo by an embarrassed Jerry Seinfeld, who unwittingly signed on to Quinn’s project expecting something a bit more high quality.