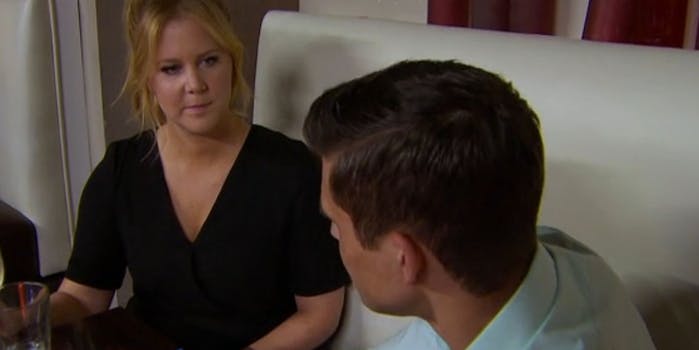 Even Schumer couldn't polish this turd.

If you’ve stopped watching The Bachelorette because the male contestants seem like human garbage dumps, Amy Schumer‘s appearance last night offered some incentive to check back in with the new season.

In the latest episode, this season’s bachelorette, Kaitlyn, got some boxing tips from Muhammad Ali’s daughter, Laila, and then Schumer and fellow comedians Bridget Everett, Nikki Glaser, and Rachel Feinstein swooped in to give the men some advice on being funny.

Schumer zeroed in on contestant JJ, whose lack of any humor or personality whatsoever was positively radiant.

“JJ’s a sweetheart,” Schumer said. “He’s just missing charisma and humility and a sense of humor.”

Can we please have Schumer as a consultant on every episode?