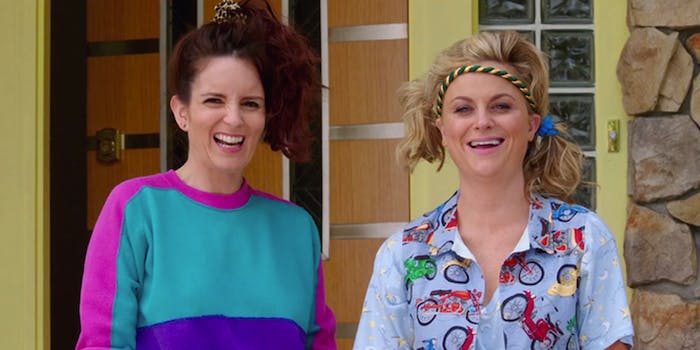 This is not Baby Mama part two.

You’ll be able to take in several hours of Tina Fey and Amy Poehler during tonight’s Golden Globes, but there’s no better time to promote their upcoming movie, Sisters, than in the social media swell of Golden Globes fever.

The clip’s only 20 seconds, but it’s enough to get you excited. The film, originally titled The Nest, was directed by Pitch Perfect‘s Jason Moore and written by SNL‘s Paula Pell. It focuses on two sisters (Poehler and Fey) who return to their childhood home for one last crazy weekend.

Sadly, we have to wait 11 more months to see it.