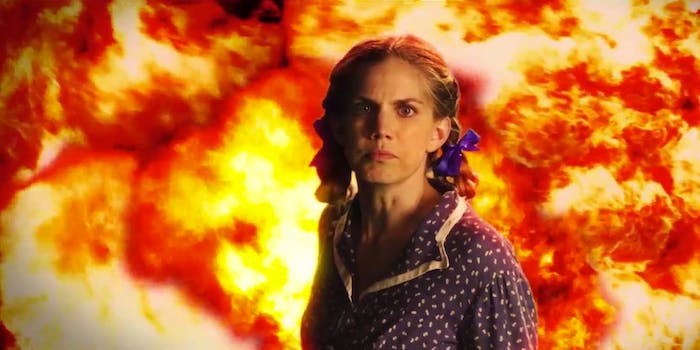 These aren't your childhood American Girls.

The American Girl dolls of the past are coming together to kick ass on behalf of their great nation.

American Girl Dolls: The Action Movie isn’t the first project to imagine this idea, but Funny or Die‘s gritty trailer is hilarious all the same. Kirsten, Kit, Samantha, Addy, and Molly are bringing a kickass spirit to a gritty reboot of their brand. They may have left Felicity out of it, but they’re plenty resourceful and full of spunk, friendship, and encouragement.

The premise: With another lucrative franchise feeling threatened by the American Girls’ success, Samantha’s birthday party might not go as planned.

These ladies have American values and big guns, and they’re not screwing around.