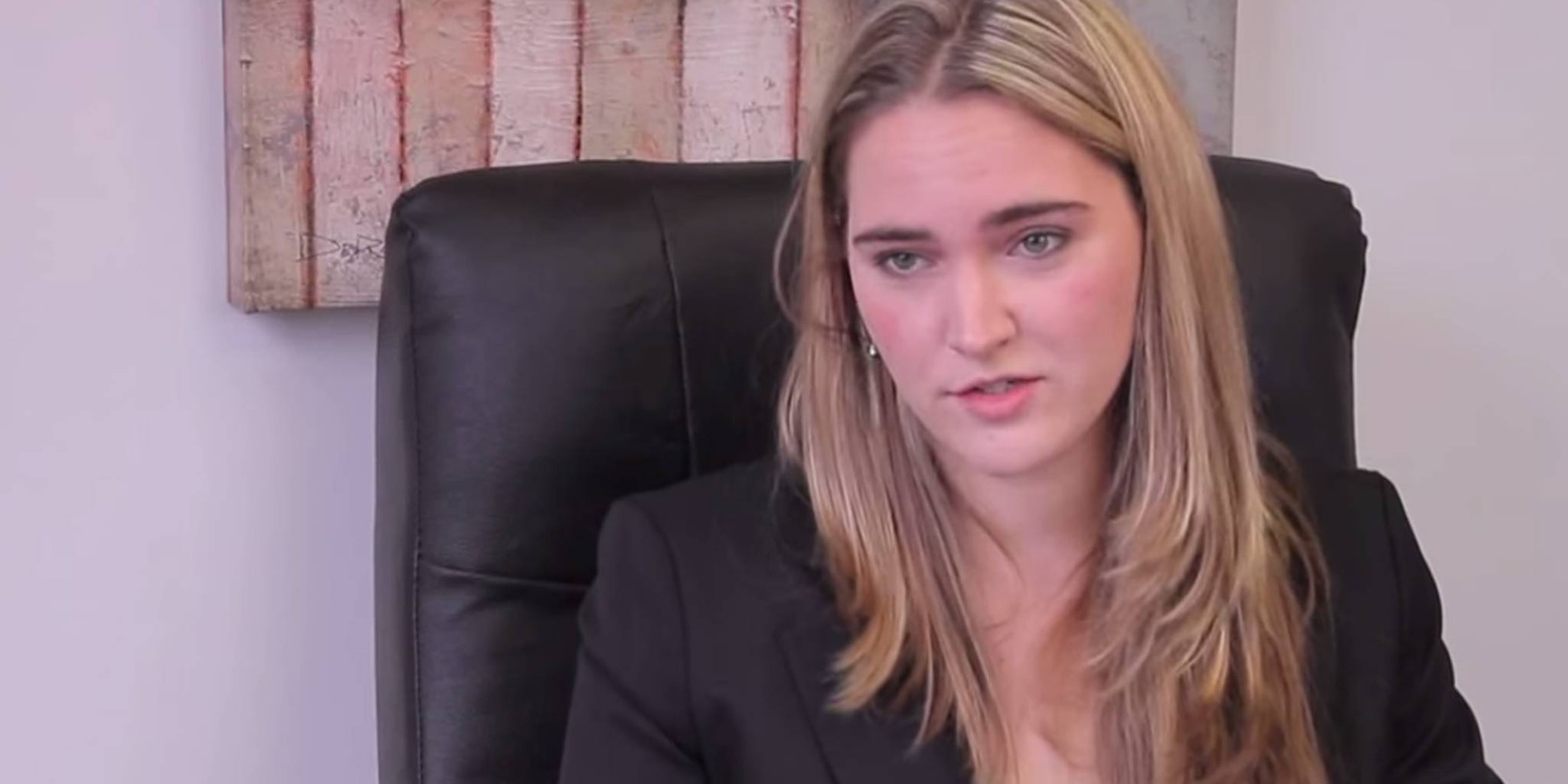 Friedman on why we need abortion jokes, and her No. 1 rule for doing standup.

Jena Friedman is a standup comedian, a field producer on the Daily Show, and a former writer for Late Night with David Letterman. She is gearing up to leave her position on the Daily Show—she’s leaving when Jon leaves—to pursue personal projects. American Cunt, her new show, which she describes as “a hybrid between a solo show and a standup set,” premieres at the Edinburgh Fringe Festival on Aug. 18, but you can catch her working it out in New York before then.

Aug. 2, Over the Eight, Brooklyn

Friedman is known for her subversive comedy, unafraid to joke about topics that range from abortion to Israel. When I sat down with her last week she told me, “I think what’s hard about standup on so many levels is also what’s beautiful about it. It’s just you and an audience. It gives the opportunity to talk about things, and when you sugarcoat it with comedy, people may not agree, but they’ll laugh.”

In American Cunt, she jokes:

“I am 32 and I feel great, I still fit in to my 9/11 jeans, never forget how good I looked in those weapons of mass seduction.”

Later in the show, she discusses her propensity for making abortion jokes:

“The best thing about abortion jokes is that no one tries to steal them. They’re like the unwanted children of jokes.”

Here’s what she had to say about American Cunt, being a woman in comedy, and how audiences respond to her edgy material.

How did American Cunt come to be?

I had done Fringe twice, and they asked me to put a solo show together. And I felt like now was the time to put my own show out there. Half the show is standup I’ve already written, half the stuff is new for the show. It’s not the type of stuff I’d talk about if I was doing a club show in Des Moines.

The abortion jokes are part of my stable standup. I wouldn’t do the stuff on aging, being a woman, and feminism when I’m doing straight standup.

I couldn’t think of a title, and there are literally 3,000 shows at the Fringe, and then I did a creative exercise where I was like, what’s the worst thing I could call it? and I thought “American Cunt” and it made me laugh and when I told my friend, she said, “You have to call it that, that’s so you.” Also because it’s a show for a U.K. audience, and I’m an American woman going over there.

What does the name mean? Does it play into your image of yourself as a comedian?

The idea of American Cunt I thought was really funny. My comedy, I’ve been told, is dark and dry; it’s not blue because it’s not sexual, but it’s also not safe for TV. My comedy is not for late night and it’s always done better abroad. It hasn’t done well in mainstream America.

And then the “Cunt” aspect, I felt like it gave me permission to say whatever I wanted because if you call yourself a “cunt,” nobody can call you that… I mean they can, but calling yourself a “cunt” is defensive. This is what you’re gonna get.

Women talking about political issues is threatening and cunt-y to some people. I feel like the title says everything it needs to say to filter in the type of audience who would appreciate that.

When I first started doing standup I had a little rule for myself: Don’t talk about boyfriends or vaginas on stage.

When I heard the title American Cunt I thought the show was going to be about you, and the show is not personal at all. Was that intentional? And also as a female comedian, how do you deal with doing personal material?

Would you rather the show be about me?

That was a conscious choice, and I’m still working on it, and I think female comics, we have the tendency to mine from our personal lives because it’s more familiar; we’re good at it. I think when I was younger, I’d come on stage, and it would be hard to get men to listen, but when you’re a young female comic talking about sex, everyone is gonna listen because everyone wants to be a fly on the wall of an episode of Girls.

When I first started doing standup I had a little rule for myself: Don’t talk about boyfriends or vaginas on stage. I wasn’t against anyone doing it; I was just trying to reach outside the box, and then as I got more familiar with my own voice, I realized I could talk about anything because it’s my point of view, as long as it’s funny. But with this show, I’m really trying to not talk about myself, and it’s not the easiest thing, and there are sections in the show I’m still working out. I’m really trying to do a political comedy show in the way that people I admire like Bill Hicks or Jon Stewart or George Carlin talk about politics. That’s what I want the show to be.

Why do you think it’s important to make abortion jokes?

I’m so pro-choice, and I think the issue has become so politicized that to laugh about it and depoliticize it, to take the stink off of it, look at it as an issue that should be between a woman and her doctor, I think it’s something that needs to be joked about. The policies aren’t based on science; they’re based on emotion and that’s really scary, so to make fun of that has been rewarding. The jokes aren’t shock-value jokes. I’m not talking about abortion to talk about abortion, I just think right now the issue is so polarizing, it’s asking to be made fun of.

You also joke about aging, as a woman, in American Cunt. Why was that important to include?

I’m trying to draw parallels. The show is American Cunt. Like: America, me, women, feminism, all these things. I’m looking at America as a country who is on her last legs as a global superpower. We’re like Rome right before she fell. So I like the analogy of comparing America to a woman at the end of her supremacy, and I think the aging jokes play into that.

I turned 30 recently, and it’s great, it doesn’t bother me, but once you turn 30, you really become a woman. And I wanted to tie that in with America getting older and maybe less powerful. I think the analogy just perfectly lends itself to a woman as she gets older and wiser and less powerful in some ways and more powerful in other ways.

What are you trying to achieve with the show?

What I’m trying to do with the show is own whatever I’m thinking and saying right now. It’s American Cunt. It’s now or never.