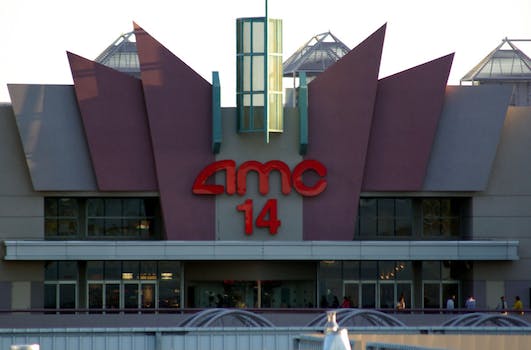 AMC realizes texting in theaters is a dumb idea after all

Social media has spoken—and it hates the idea.

After flirting with the idea, AMC Theatres announced on Twitter today that it has changed its stance on texting during movies: It’s a no-go—at least for now.

Earlier this week, AMC’s new CEO Adam Aron told Variety that the company was considering introducing “texting-friendly” auditoriums to some of their cinemas:

You can’t tell a 22-year-old to turn off their cellphone. That’s not how they live their life. At the same time, though, we’re going to have to figure out a way to do it that doesn’t disturb today’s audiences.

Some in the media agreed, with Amber Jamieson writing in The Guardian:

Going to the movie theater doesn’t have to be like a visit to a holy temple. Maybe you want to search IMDB to figure out who that actress is.… Maybe you want to Shazam an excellent song from the soundtrack, or you want to give mini reviews on Twitter in real-time.

Others weren’t so enthusiastic: An Australian critic described the idea as “worse than the zombie apocalypse,” and numerous Twitter users urged AMC to reconsider. Shortly after the interview was released, AMC reassured its customers via Twitter that it was just an idea:

Press reports we are considering test allowing texts in a very few screens. We know vast majority of audience wants no texting. 1/2

If ever, we only would pursue in a way that we can be totally confident ALL our guests will fully enjoy the moviegoing experience at AMC 2/2

However, today the company went one step further, tweeting an open letter that said the idea had been “sent to the cutting room floor.”

NO TEXTING AT AMC. Won't happen. You spoke. We listened. Quickly, that idea has been sent to the cutting room floor. pic.twitter.com/JR0fo5megR

In a letter to AMC customers, Aron writes:

Unlike the many AMC advancements that you have applauded, we have heard loud and clear that this is a concept our audience does not want. In this age of social media, we get feedback from you almost instantaneously.…with your advice in hand, there will be NO TEXTING ALLOWED in any of the auditoriums at AMC Theatres. Not today, not tomorrow and not in the foreseeable future.

AMC has yet to address burning question, though:

.@AMCTheatres where did you guys land on walkie-talkies?