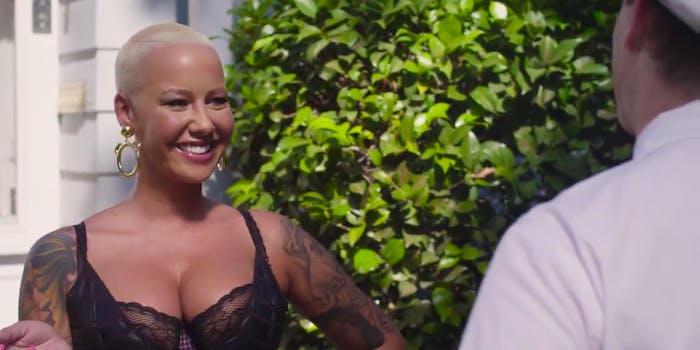 Amber Rose wants women everywhere to own their ‘walk of shame’

She's not ashamed at all.

Amber Rose is reinventing the walk of shame one stroll at a time.

Rose, who is hosting a SlutWalk in Los Angeles Oct. 3 to bring awareness to slut-shaming, victim-blaming, and gender inequality, teamed up with Funny or Die to paint a tongue-in-cheek picture of a perfect world. Instead of women being shamed or looked down upon for sleeping around, it’s something that’s celebrated. Everyone from the elderly to judgmental-looking women to young kids are all congratulating Rose as she takes pride in her stride after a night spent somewhere else, high heels in tow. She even gets a key to the city.

She just had great consensual sex with someone. Why shouldn’t she be happy?

The question of who she slept with is almost as good of a reveal, but something tells us it’s a message he supports as well.