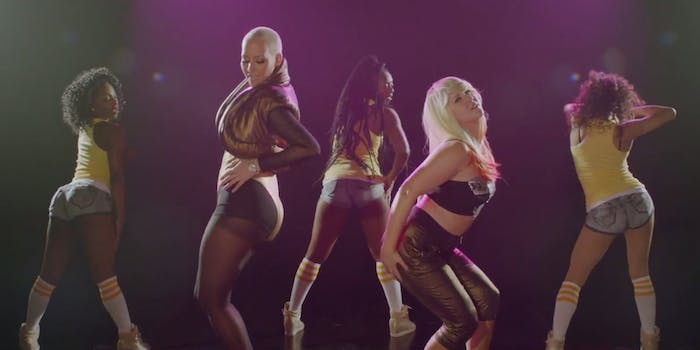 From that title alone, you probably already know where this is going. There’s been much debate about whether 2015 is the year of the butt, and Schumer is certainly an advocate. She contends that she always thought hers was too fat, but now she’s seen the light.

Helping her out on a verse is Amber Rose, whose own posterior broke the Internet earlier this year. She might have the best line: “You say you don’t like asses ’cause I fart and break your glasses.” Method Man is also on hand to remind us that the butts we fetishize are “where the poop comes out.”

Season 3 of Inside Amy Schumer debuts April 21, and we’re guessing it’s going to be butt-heavy.