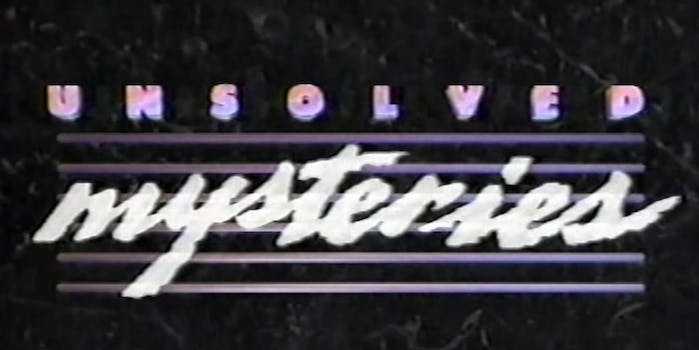 The ’90s TV series Unsolved Mysteries had a killer theme song and featured actors like Matthew McConaughey mowing the lawn nearly shirtless in reenactments. It was our true-crime fix, a glimpse at the unexplainable before the internet became a platform for figuring out unsolved mysteries.

Now Amazon is rebooting the series. Sort of.

The streaming platform will offer classic episodes of the Robert Stack-hosted series starting in 2017, but some of the episodes will include updated info about the cases, according to FilmRise, which picked up digital distribution rights to the original series. It’s not clear if any of the updates will include info on solved cases.

Sadly, it doesn’t appear that the series will address any modern mysteries. But maybe McConaughey will make another appearance.