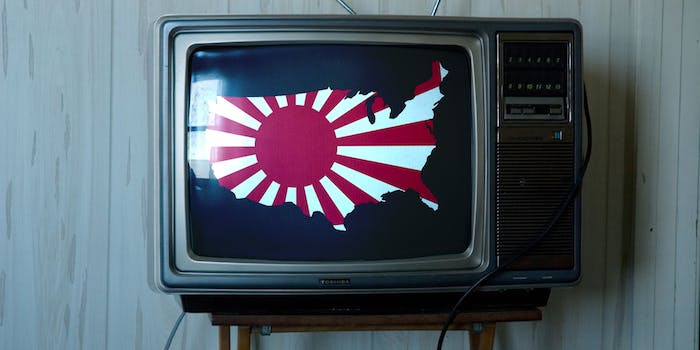 Amazon adds pilot based on Philip K. Dick’s ‘The Man in the High Castle’ to lineup

Ridley Scott's been trying to get the book on the screen for years.

Amazon Studios is fortifying its third round of pilots, and The Man in the High Castle has been added to the lineup.

The series is based on Philip K. Dick’s 1962 novel of the same name, which tells the revisionist history of World War II: The United States lost the war, Japan and Germany now occupy the coasts, and fascism is the law of the land. It’s written by X-Files alum Frank Spotnitz and produced by Ridley and Tony Scott’s Scott Free production company.

Ridley Scott has been trying to get The Man in the High Castle to the screen for years: In 2010, he attempted to turn the novel into a miniseries for the BBC. Last year, he took it to SyFy, but that didn’t pan out either. Fans have been making their own trailers for the novel for years now.

Perhaps Amazon Studios, which is gathering an impressive lineup of original series like Jill Soloway’s Transparent, Whit Stillman’s The Cosmopolitans, and the Ron Perlman-led Hand of God, is the perfect fit. A drama about an alternate history where Nazi Germany and Japan rule America isn’t really going to fly on ABC, or even FX. Amazon’s no doubt looking for a binge-friendly breakout success like Netflix’s Orange Is the New Black or House of Cards, and Scott’s already proven he can make a PKD novel come to life with Blade Runner.

The show joins newly announced comedy pilot Just Add Magic, based on Cindy Callaghan’s debut YA novel about three best who find a cookbook that doubles as a book of spells. Steven Soderbergh’s comedy pilot Red Oaks also got the greenlight, with a pilot directed by David Gordon Green. As with all Amazon’s pilots, once they’re released, viewers can watch and vote on which ones should move forward.

Photo via dailyinvention/Flickr (CC BY 2.0) | Remix by Jason Reed