How Netflix, Hulu, and Amazon rank against TV’s top shows

Are the streaming giants really winning the war for TV?

Streaming services have completely changed the rules of television in the past decade. Since Netflix, Hulu, and Amazon Prime launched original programming, these platforms are seen as leading the way to the future of television. But how do their lineups actually stack up against cable and network television?

To answer that question, the Daily Dot consulted Metacritic, the website that catalogs reviews from widely respected film and TV critics. We looked at the scores from 21 of the most watched channels and platforms to see how streaming compares when it comes to quality control.

The verdict is both good and bad: Although streaming is way ahead of the big four networks like NBC and CBS, it continues to lag behind the most critically acclaimed channels on TV. In fact, Netflix barely cracks the top 10.

See where your favorite streaming platforms ranked below.

What makes SundanceTV (formerly known as the Sundance Channel) better than its competitors? Consistency. Nearly every single program in the channel’s history has received a positive rating on Metacritic. Critics particularly love Top of the Lake and Rectify, a slow-burn character study about an ex-death row prisoner trying to reintroduce himself into life in a small town.

Although HBO is no longer at the creative peak the network reached during its heyday of The Wire and The Sopranos, the network is still going very strong. HBO has churned out a string of acclaimed shows in recent years, including Getting On, Girls, Show Me a Hero, Silicon Valley, and True Detective (the first season at least). The network has its duds (Ballers, anyone?), but there’s a reason it remains the gold standard for prestige programming. 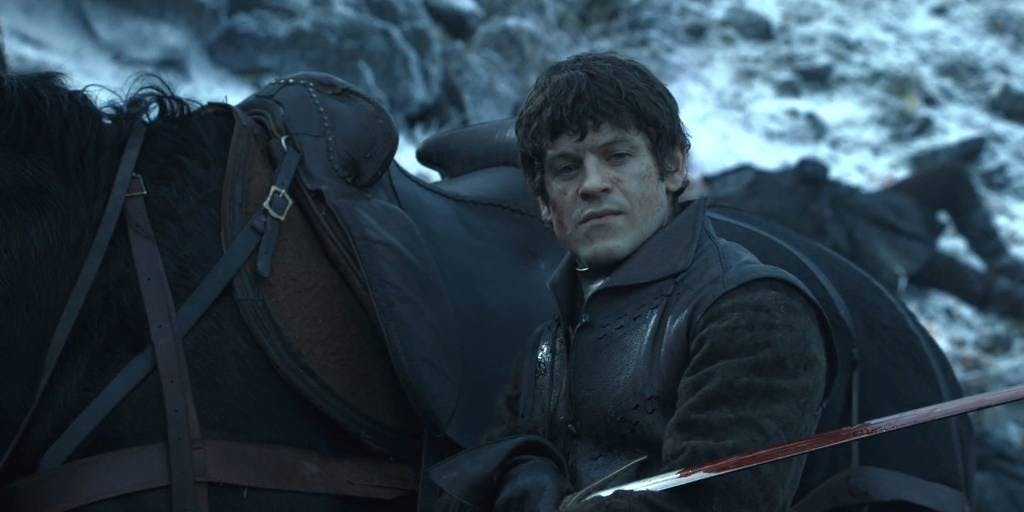 It should surprise no one that PBS, which is synonymous with quality, sits near the top of television’s best networks. Although Downton Abbey remains the channel’s most popular program, reviewers fell even harder for The Hollow Crown and Wolf Hall, the 2015 miniseries starring Oscar- and Tony-winner Mark Rylance as Thomas Cromwell and Damian Lewis as King Henry VIII.

BBC America, the British channel’s stateside imprint, has always shined through a mix of well-made procedurals and offbeat programming. The Ricky Gervais-starring The Office became a massive international hit, spawning successful remakes in multiple countries, while shows like Doctor Who, Orphan Black, and Sherlock have gained a strong cult following in the United States.

The only streaming service with better ratings is Yahoo Screen (which unfortunately only has two shows). That means that for the purposes of this list, Amazon Prime rules the Internet. Its most critically beloved show remains Transparent, starring Jeffrey Tambor as the transgender matriarch of a dysfunctional Jewish family in Los Angeles. However, Amazon has plenty to love, including the strongly reviewed second season of its rom-com hit, Catastrophe. 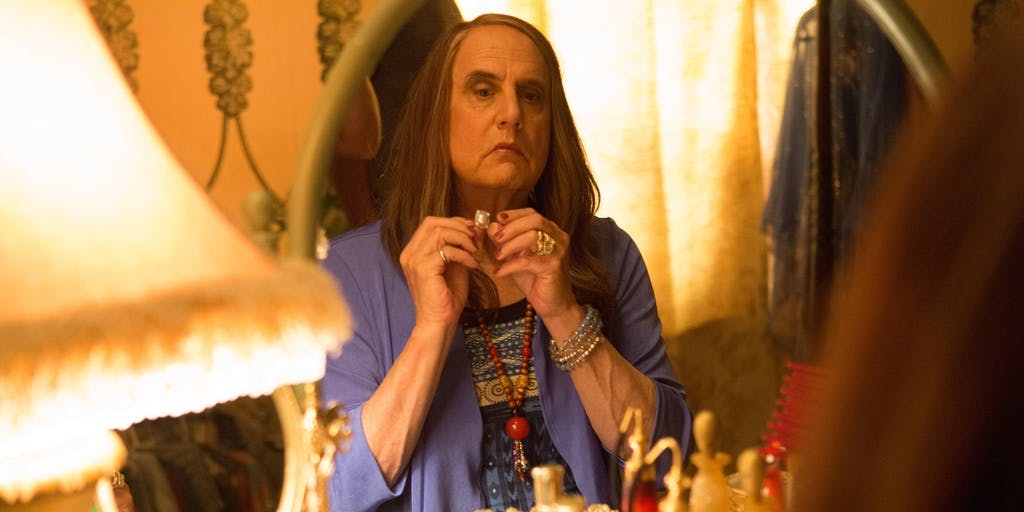 FX has some of the highest-rated shows on all of network television. TV reviewers swooned hard for the second season of Fargo. The Noah Hawley-produced anthology series, inspired by the Coen brothers’ 1996 dark comedy, set its sophomore installment during the Reagan era. The Russian spy drama The Americans, starring Keri Russell and Matthew Rhys, remains one of the most underrated yet critically adored shows on TV.

For a couple years, AMC was the new HBO: Mad Men and Breaking Bad made the basic cable network into an underdog Emmy juggernaut. Now that both of those shows have retired, AMC is forced to console itself with The Walking Dead, the biggest hit in cable history. It’s had less luck with zombie spinoff Fear the Walking Dead, which earned lukewarm reviews at the dawn of its second season.

Hulu is relatively new to original programming, but landing Fox’s The Mindy Project was a big get for the platform, the Mindy Kaling-produced sitcom that was finally starting to find its voice. Season 4 was the best reviewed yet. (You can also watch earlier seasons on the platform.) The company still has a small collection of shows, but that has allowed Hulu to focus on quality: Casual, The Path, 11.22.63, The Wrong Mans, and The Hotwives of Orlando all received positive scores.

(On the Metacritic site, the second season of The Mindy Project scores lower than The Awesomes, but the show was still on Fox at the time. The site, however, still factors season 2 into the network’s overall score.)

In the mid-2000s, Showtime made its name on dramedies about middle-aged women in crisis: Weeds, about a mom who starts dealing pot; The Big C, about a mom who gets cancer; and The United States of Tara, about a mom with multiple personalities. These days, the network is all over the place—in mostly a good way. There’s the flawed but promising dramas Masters of Sex and The Affair, as well as Penny Dreadful, John Logan’s horror-drama about a band of supernatural misfits headed by Eva Green.

Critics rank Netflix as the lowest-rated streaming service, despite boasting one of the best-reviewed comedies on any platform, Master of None. The problem is that Netflix balances out its successes with poorly regarded misfires (Real Rob, Hemlock Grove). If the platform often mistakes quality for quantity—launching a new show every few weeks—it’s left viewers with a lot to love: Jessica Jones, Orange Is the New Black, House of Cards, and BoJack Horseman. 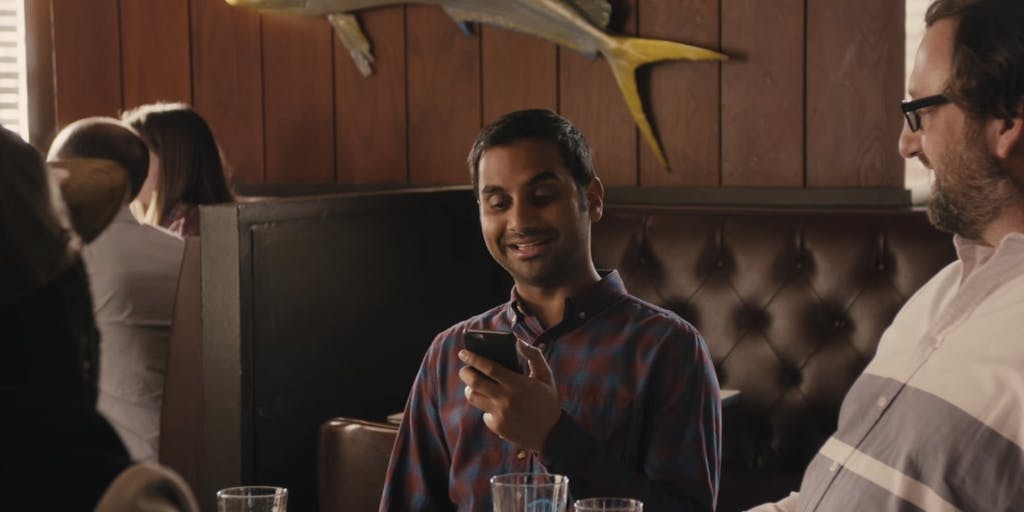 Starz is one of those cable channels, like Cinemax (which didn’t have enough original shows for inclusion on this list), that often gets forgotten about. As recent critical hits like The Girlfriend Experience and The Knick show, the network is slowly building a strong base of programming by working with respected indie auteurs. Steven Soderbergh produced both programs. There’s also Outlander, the network’s biggest hit with both audiences and critics.

Comedy Central is in something of a rebuilding period. After the loss of Jon Stewart from The Daily Show, the end of Key & Peele, and a recent downturn in the quality of Inside Amy Schumer, the network is figuring out its next move. But while Broad City wraps its well-received third season, reviewers also like Another Period and Review, the idiosyncratic comedy about a critic who reviews everyday things.

It might surprise you to see TNT so relatively high on this list. Outside of Southland and Men of a Certain Age, TNT has few outright acclaimed programs, but many that are rather well-liked. It’s the network of shows that could be described as “workmanlike” or “solid.” Recent examples of TNT’s fundamental decency include Major Crimes—the spinoff of the network’s long-running hit The Closer—and the Ed Burns-starring Public Morals.

Mr. Robot is one of the best shows on television. The Sam Esmail techno-punk thriller about a computer hacker (Rami Malek) tasked with taking down an evil corporation quickly grew into the year’s biggest cult success. USA’s crown jewel, however, is not its only gem. White Collar and Suits have been underrated successes for the network, which is more widely known for quirky, middle-of-the-road procedurals (Royal Pains, Psych).

Fox ranks as broadcast television’s best network, at least according to critics. And luckily, the network’s biggest hit also happens to also be a smashing success with reviewers: Empire, the Lee Daniels-produced hip-hop soap opera that gave the world Cookie Lyon. The Rob Lowe-starring The Grindr, which was sadly cancelled by Fox, was also one of the most warmly received comedies of the 2015-2016 fall season.

The former music video channel rebranded itself as the home for trashy reality television programming during the mid-2000s, when Jersey Shore introduced Snooki, the Situation, and “Gym Tan Laundry” to America’s living rooms. But aside from genre shows that never caught fire (The Shannara Chronicles, Scream), the network has its bright spots. Critics dig Faking It, the comedy about two female high school students who pretend to be in a relationship.

NBC is, to put it lightly, a very mixed bag. The once-dominant network has struggled with a central brand identity in recent years, throwing things against the wall to see what sticks. That programming model has led to high highs (Community, Hannibal) and harrowing lows: The debut of last fall’s See No Evil, starring Steven Pasquale, was the lowest-rated premiere in broadcast history.

TBS has long been TV’s premier refuge for dad comedy. In addition to housing Bill Engvall’s long-running sitcom, it’s best known as a place for reruns of syndicated comedies like The Big Bang Theory and Family Guy. But since bringing on Conan O’Brien in 2010, the network has desperately been trying to step it up. Landing Samantha Bee’s first post-Daily Show gig and True Detective-spoof Angie Tribeca, starring Rashida Jones, was a step in the right direction. 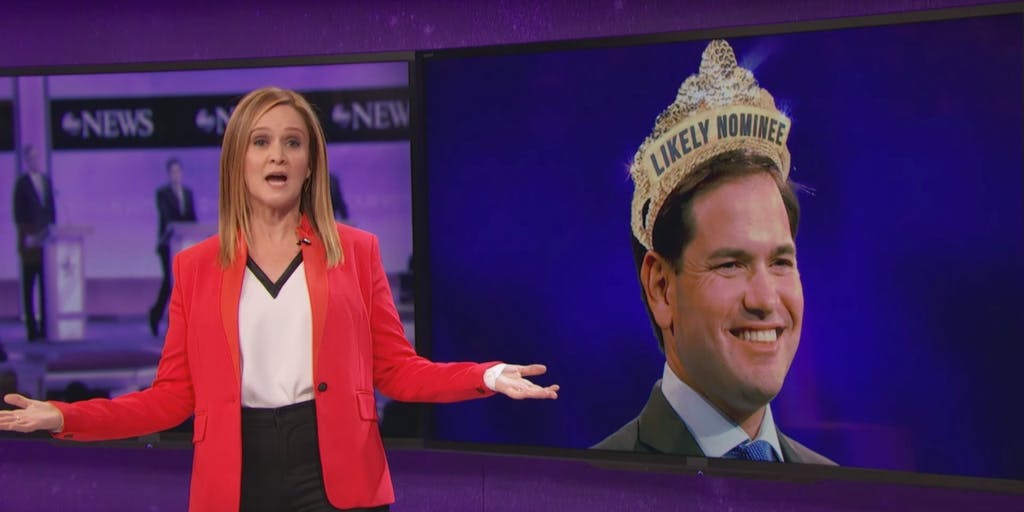 Traditionally, the CW isn’t known for quality programming. This is the network that brought us Beauty and the Beast, featuring a “hideous monster” whose deformity is a slight facial scar. (He otherwise looks like a runway model.) But the network has majorly turned around its fortunes in recent years by banking on daring comedies like Jane the Virgin and Crazy Ex-Girlfriend. It’s also the home of well-reviewed superhero properties like Arrow and The Flash.

ABC, the most diverse network on broadcast television, has had trouble in recent years launching critical successes to rival its mid-2000s juggernauts—like Desperate Housewives, Alias, and Lost. The Ken Jeong-starring Dr. Ken marked yet another low for ABC, following previous duds like Work It! and Cavemen. But critics like Fresh Off the Boat and American Crime, the well-reviewed anthology starring Regina King and Lili Taylor.

Of the big four networks, CBS is nestled at the very bottom—if only by a hair. The elderly skewing network is better known for generic procedurals (Blue Bloods, NCIS) and not critical darlings. Recently departed Emmy-winner The Good Wife has long been its marquee program. However, what CBS lacks in quality it makes up for in ratings: The channel remains the top network in overall viewers.

To be fair, quality has never exactly been at the forefront of the Lifetime channel’s mind. In recent years, the women’s network has gone all-in on cheesy movies about ’90s TV shows (Full House, Saved By the Bell) and poorly made biopics on female celebrities who died too young (Aaliyah, Brittany Murphy). But the channel isn’t without its bright spots: The success of 2015’s UnReal, a dark comedy about a reality dating show, was a rare critical hit for Lifetime.