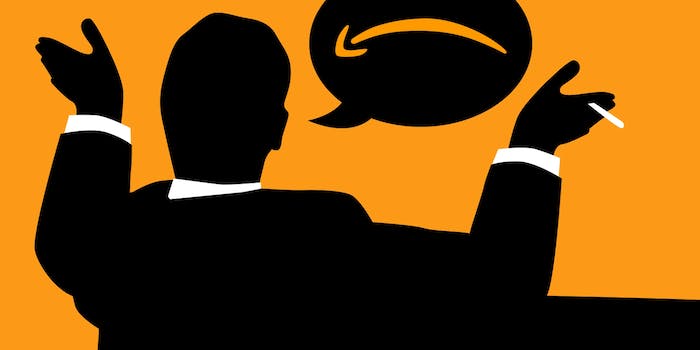 The 14th and final episode of Mad Men season 7, which is also the series finale has not been uploaded yet for Amazon Instant Video users, including those with a season pass to the show. Google Play and iTunes are good to go with the finale, but social media is a huge minefield of spoilers today for anyone who depends on Amazon for their Mad Men fix.

Though only a few streaming video services upload an episode on the same day as broadcast, but the morning following broadcast is a safe assumption by viewers. That is not the case on Amazon currently, which has inspired a slew of one-star reviews for the series that of course have nothing to do with the quality of Mad Men, but the quality of Amazon Instant Video.

This is very much a first world problem, of course, and not everyone reporting the problem has lost that perspective while still registering their discontent. Our favorite comment of them all:

Commenters have reported that Amazon technical assistance expects the episode to be uploaded between 6 and 7pm ET. Until then, if you’re one of the affected customers, give Twitter and Facebook a rest or face the consequences.