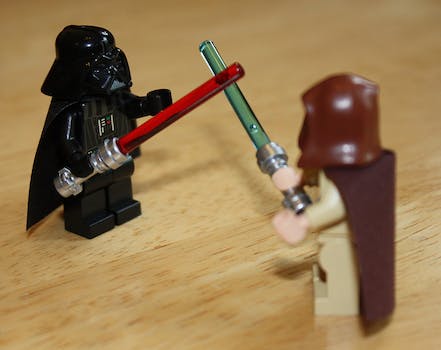 After having his "Star Wars"–centric memoir yanked from Amazon's Kindle store earlier this week, Gib van Ert's "A Long Time Ago: Growing Up With and Out of Star Wars" is once again available to e-book readers.

Call it Episode VI: Return of the Self-Published Author.

After having his Star Wars–centric memoir yanked from Amazon’s Kindle store earlier this week, Gib van Ert’s A Long Time Ago: Growing Up With and Out of Star Wars is once again available to e-book readers on the retail giant.

The increasingly popular philosophical topic of who “owns” Star Wars flared up across the Internet earlier this week when Amazon chose to briefly stop selling A Long Time Ago over fears that the title and content may be infringing on Lucasfilm copyright. But after a series of blog postings by Van Ert and others, the online retailer quickly reversed its decision.

In an email to the Daily Dot, Van Ert praised Amazon’s handling of the situation:

I’m a big fan of Amazon. They do so many things right. In this instance, I think they initially got it wrong, but it only took them 36 hours to correct the mistake. That’s amazing when you consider how large a business it is, and that this all happened at Christmas. […] I’m entirely satisfied with how Amazon has treated me in the end. I never took the view that I had a “right” to be on Amazon. I only questioned why they thought there was a trademark issue. I didn’t think there was, so I wanted to address that.

An Amazon spokesperson was quick to inform the Daily Dot that Van Ert’s book was once again available in the Kindle Store, but declined to speak in detail about the company’s process for reviewing self-published materials for potential copyright infringements—including whether or not the Walt Disney Company’s recent purchase of Star Wars and Lucasfilms had any role in the company being overly cautious in this case.

Copyright infringement and self publishing is a murky issue. There are no shortage of pop culture memoirs and manifestos available on Amazon. Whether or not these books are legal comes down to an issue of fair use vs. copyright infringement—something Star Wars fans know all about.

No one will argue that the characters and locations of Star Wars originated with George Lucas, but more than any other pop-culture franchise, Star Wars has taken on a life of its own in the Internet age. Star Wars has spawned everything from fake Twitter accounts to YouTube sitcoms. Changes to the original films by Lucasfilms will perpetually raise the ire of fans who feel a sense of ownership. The issue has even been the source of whole documentaries.

The debate is something Van Ert knows all too well.

“(It)’s a complicated and interesting problem,” he said. “There’s no doubt that, instinctively, I often feel like Star Wars is somehow ‘mine.’ That doesn’t make a lot of sense rationally, but George Lucas created something so stirring that it continues to engender fierce loyalty and passionate debate decades later. It’s a tribute to the power of Lucas’s story that it stimulates such strong reactions.”