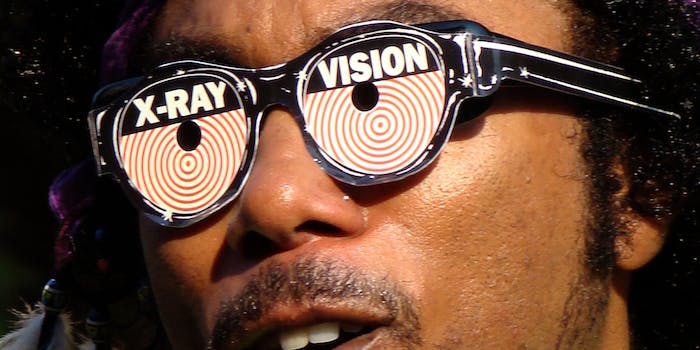 Who is that guy playing Jimmy Fallon’s friend in 'Fever Pitch'? More importantly, who cares?

Amazon suggests that extending adding X-Ray capabilities to its Amazon Fire TV products will solve a problem that has been plaguing TV viewers since Edison discovered the light bulb—answering the question, “Who is that guy playing Jimmy Fallon’s friend in Fever Pitch?”

Nothing allegedly bothers a viewer more than wondering where he has seen a character before or what the title of that song playing at the end of Breakfast at Tiffany’s is. Taking its X-Ray technology, which surfaces IMDb results on screen in sync with the action, those watching movies or TV shows using Amazon’s streaming TV platform can hit the pause button to see the names of characters in any scene. Hit the up arrow, and you get more information, such as what other movies that actor has appeared in.

While Amazon seems adept at both understanding problems in a consumer’s daily life and tailoring experiences that answer those dilemmas, in this case the Seattle-based giant has hit a pothole. Given every piece of research suggests that TV viewers multitask while watching any sort of big screen content, a smartphone or tablet is the optimal device for unearthing the litany of credits of any given thespian. And for music playing in the background—right, there’s Shazam.

True, second-screen apps for television have, for the most part, faded into obscurity, but good old Google search is always standing by to accurately answer any movie or TV trivia nugget. And you don’t need to pause the action (which can be as annoying as yet another Horrible Bosses sequel).

It’s understandable that the battle lines between streaming platforms such as Amazon Fire, Apple TV, and Roku are going beyond dueling over new content to adding new bells and whistles to basic viewing experiences, but audiences—especially today’s discerning millennial—can tell the difference between snake oil and the real deal.

Photo via Istolethetv/Flickr (CC BY 2.0)