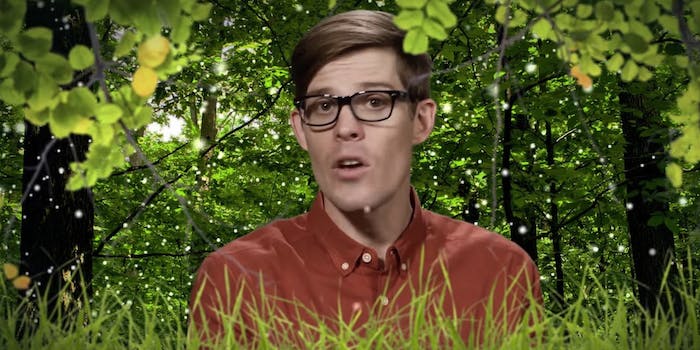 PBS video explains the science of allergies with ‘Mr. T-Cells’ and simple genetics

We can't cure them, but we can explain them.

Do you have a stuffy nose and watery eyes this time of year? Blame allergies. But how much do you know about why and how allergies happen? Probably not much. To that end, PBS has produced a YouTube video tackles the science behind spring’s least pleasant feature.

PBS Digital‘s “It’s Okay To Be Smart” host Joe Hanson explores the whys of allergy season in an engaging new video, complete with adorable “Mr. T Cells” that send out messages to antibody factories, producing IgE proteins that activate histamine when the allergen appears again, causing all the symptoms of an allergy attack.

Flowers may be the popular scapegoat of our allergic reactions, but Hanson points out that trees and grass are actually the culprits. Allergies are simply your immune system “going haywire” and reacting to harmless stuff in the air.

The PBS video also explores the genetics of allergies and the idea that developed nations may have more allergies because of our obsession with hygiene.

If you want to avoid a sneezy spring, perhaps rolling around in the mud when you’re younger could be the solution. The More You Know!

Screengrab via It’s Okay To Be Smart/YouTube