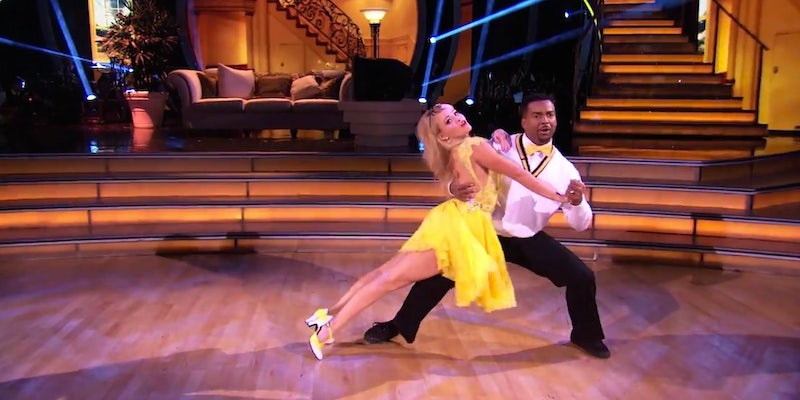 Alfonso Ribeiro finally did the Carlton on ‘Dancing With the Stars’

It's entirely worth the wait.

After making fans wait for weeks, Alfonso Ribeiro finally gave them what they wanted.

People have wondered whether the Fresh Prince of Bel-Air star would bring out his signature dance every since he joined the cast of Dancing With the Stars, and while he hasn’t, he’s been blowing past the rest of the competition every week and has become a major frontrunner.

But now he’s giving the fans what they’ve probably “been asking for since the beginning of this show” during a jazz routine of “It’s Not Unusual” with pro dancer Witney Carson, and it’s so, so worth the wait.

It may have gotten perfect scores from the judges and America, but it’ll still never quite beat the original.

Photo via Dancing with the Stars/YouTube