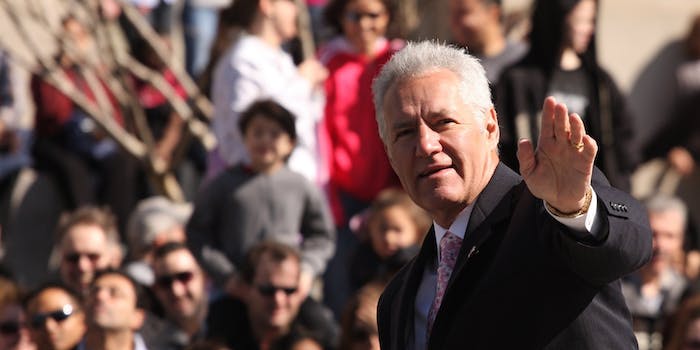 This guy is never out of character.

Last night on Jeopardy!, host Alex Trebek offered a very Canadian take on the lyrics to the Fresh Prince of Bel-Air theme song. And, well, it’s a little better than last year’s rap. This guy is never out of character.

Trebek’s vanilla flow is good for a chuckle, but this guy still holds the title for best Fresh Prince troll.