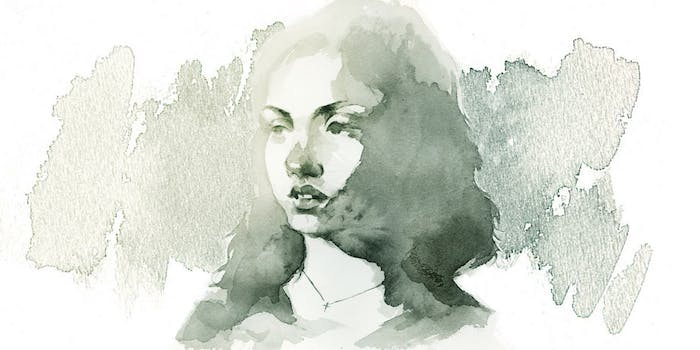 How Alessia Cara went from bedroom covers to opening for Coldplay.

Alessia Cara is en route to the airport, mere days away from opening for Coldplay in the U.K. The irony that Cara, who topped charts last year with her introverted anthem “Here,” will soon be playing some of the biggest stadiums in Europe isn’t lost on the 19-year-old singer.

“It’s really surreal,” say Cara, with a calm, confident demeanor that belies her wallflower public image. “It’s hard to wrap my head around.”

“Here” catapulted Cara into the spotlight seemingly overnight, hitting the sweet spot between the bruised reality R&B of Amy Winehouse and the after-hours despair of Canadian contemporaries Drake and the Weeknd. The true-to-life lyrics speak directly to the millennial set—those more comfortable on their phones than at a party—and cemented Cara’s reputation as a self-proclaimed “antisocial pessimist.” Spotify named the track the most viral song in the U.S. in 2015, and the official video has been viewed nearly 1 billion times on YouTube. All the attention forced Cara out of her shell.

“To a certain extent, it’s all been difficult to adjust to,” she continues. “I’m doing things that I hadn’t really even thought about before. I came from a place where I didn’t really do a lot. I was at home. It was always the same routine every day. Now I’m doing something different every single day, and I don’t really belong to a time zone anymore. Everything has changed.”

“I thought my covers would fall into the pool with millions of others, and no one would ever see them.”

Cara’s success was a flash flood, but she’s been uploading videos online for years. At 13, she started covering songs like Winehouse’s “Stronger Than Me” and Jessie J’s “Price Tag,” first only for her family and friends on Facebook but quickly transitioning to YouTube. To watch her take on Adele’s “One and Only” today seems almost voyeuristic, as if peering through curtains. It’s grainy, intimate, and raw—she’s distracted at the end by what sounds like a bird chirping, and the video ends with her laughing—but the star potential’s obvious.

“I was so shy,” she recalls. “I needed a way to get over that fear, and I thought putting videos out online, from the comfort of my own home, would be easier than being onstage. I thought it would help me practice and get my voice out there a little bit. I didn’t think YouTube was going to get me anywhere. I thought my covers would fall into the pool with millions of others, and no one would ever see them.”

Three years in, her breakout cover of the Neighbourhood’s “Sweater Weather” caught the attention of Tony Perez of EP Entertainment—or rather, his daughter, who forced him to watch it.

Cara signed a management deal with EP, which brokered her record contract with Def Jam and partnered her with Sebastian Kole, who co-wrote and co-produced “Here.” The two pieced together what would become her debut album during her last years of high school, ultimately bringing in Grammy-winning producers Pop & Oak for the finishing touches.

“Here” hit YouTube in May of last year; a digital EP, Four Pink Walls, on which she has the sole songwriter credit for the title track, was released in August to capitalize on the single’s runaway success. Within weeks, Cara was performing live on The Tonight Show With Jimmy Fallon, backed by the Roots, no less. While she claims the adjustment from her bedroom to late-night TV was terrifying, you wouldn’t know it from watching her. In blue jeans, an oversized gray T-shirt, and untied high-tops, she owns the moment, swaying to Questlove’s beat and escalating the song’s tension. It’s not until Fallon comes over and she starts slightly fangirling that you remember she’s just a few months removed from graduation.

If there was any concern that Cara would end up a one-hit wonder, it was silenced by her proper full-length, Know-It-All, which landed in November. Her second single, “Wild Things,” which hews closer to Lorde or Haim, clocked another 25 million views on YouTube, and Cara is already kicking around ideas for album No. 2.

She’s since played Coachella, collaborated with Drake, and befriended Taylor Swift through Twitter DMs, which led to an onstage appearance at a stadium show in Florida and an on-camera interview for Cara’s YouTube channel.

@taylorswift thank you for showing me what 55,000 people looks like. you are the classiest, sweetest, most lovely person and I can't thank you enough for what just happened. Also I can't feel my body. goodnight everyone I quit life.

Cara’s the latest in a long line of emergent pop stars who’ve not only made the leap from YouTube to the mainstream—Justin Bieber, Carly Rae Jepsen, Troye Sivan—but made it look easy. She’s managed to maintain her bemused outsider appeal on Twitter and Instagram, even after picking up Breakthrough Artist of the Year at the 2015 Juno Awards. Starting on YouTube had unexpected benefits for Cara, too. Aside from garnering a loyal fanbase—she has 200,000 subscribers to her personal channel—it’s also hardened her resolve. A two-star review doesn’t sting as much after you’ve spent time in the trenches of a YouTube comment section.

“The internet is probably the most vicious place,” laughs Cara. “I’ve been doing it for a while, so I’ve seen every comment possible. In a weird way, it prepared me for the industry and the real world; I’ve kinda already heard everything about me and my music. I used to read every negative comment. I don’t do that anymore. It’s toxic. But I’ve grown a weird thick skin from it all.”

“The internet is probably the most vicious place.”

Cara has remained committed to the YouTube community. She still vlogs regularly. Her tour diary from the Coldplay dates plays out like an impromptu documentary, capturing candid and sometimes mundane moments of life on the road, with snippets of her soundchecks, performances, and backstage banter. You can’t help but feel closer to her it after watching it.

And she still makes time for the occasional cover, like her recent duet with Kevin Garrett. Her tossed-off acoustic rendition on Justin Bieber’s “Love Yourself” isn’t that far removed from what she was doing five years ago—except that it racked up 2.6 million views.

That’s what makes it easy to pull for Cara. She’s still seems like that kid in the corner at the party—in fact, she still lives with her parents, not that she’s home much—even when she’s clearly on the other side of YouTube’s looking glass: There’s a whole section of her channel now devoted to strangers covering “Here.”