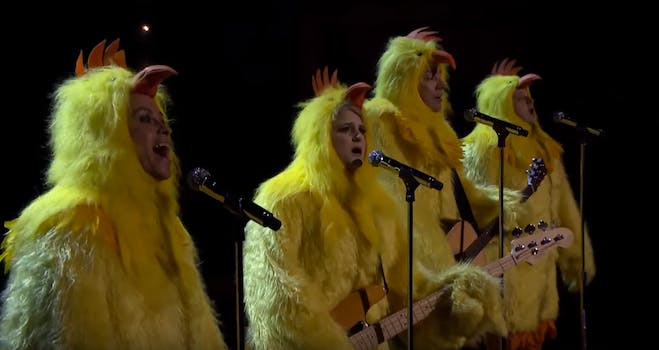 One of Alanis Morissette’s biggest hits becomes even less ironic once you bring in a clucking band to perform it.

Jimmy Fallon somehow wrangled Morissette and Meghan Trainor to join him onstage in chicken costumes and happily bawk through a rendition of “Ironic,” and it’s just as bizarre as it sounds. Bawking and clucking all the way through, they managed to capture the tone of the song without letting their poultry-inspired attire distract them.

Finally we can enjoy the song on its own merits instead of having endless debates about just how unironic it really is.