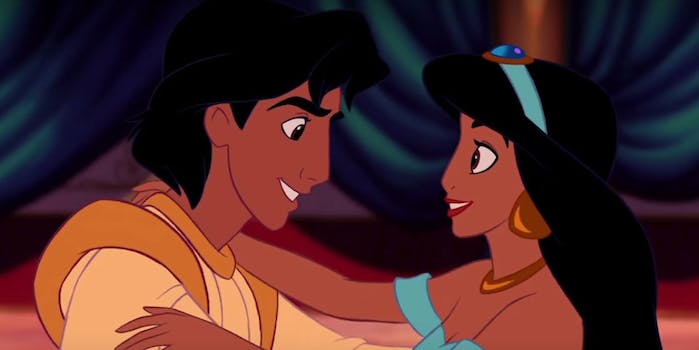 A whole new world of awkward truths about your favorite Middle-Eastern fairytale.

Disney‘s Aladdin just got the Honest Trailer treatment, celebrating “a Middle-Eastern fairytale that would never be made today.”

Aladdin—set in an “ancient-ish, Arab-ish land”—doesn’t receive the harsh treatment seen in some Honest Trailer videos, but it definitely doesn’t survive unscathed. For example, did you ever realize that Aladdin himself is kind of a douchebag? He basically spends the entire movie lying to his girlfriend—who, by the way, is only fifteen years old.

Obviously the Honest Trailer guys are 100 percent right about Robin Williams stealing the show in his role as the Genie. That character can never be recast.