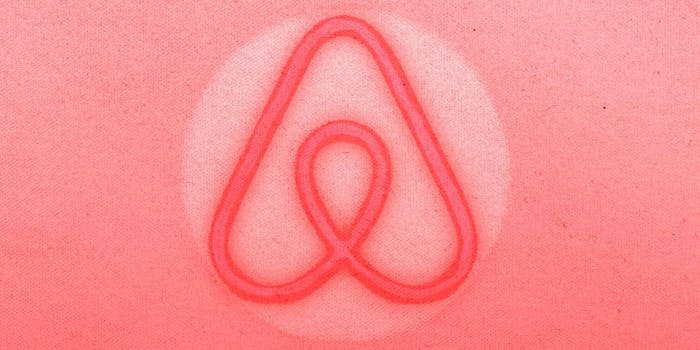 He got a good selfie, though.

You know when you’re just chilling out at your Airbnb and the neighbors call the cops on you?

This apparently happened to D.C. rapper and producer STEFisDOPE, aka Stefan Grant, who was renting an Airbnb for a music festival in Georgia with a four other friends. He live-tweeted the whole event, from arriving and settling in at the host’s house, to the cops showing up after a neighbor called 911 to report a possible robbery.

Part 1. Getting to the Air B&B pic.twitter.com/i2yw8uAlkr

4. Random neighbor just opens the door on us lol 😭 pic.twitter.com/a8rI5V84Oy

Yo! The Air B&B we’re staying at is so nice, the neighbors thought we were robbing the place & called the cops! 😂 pic.twitter.com/XUQjuyCXMO

2 sets of Dekalb County cops pulled up on us but, they were super chill & just doing their job so I don’t have any complaints.

Grant, who left the Airbnb on Saturday to attend the Million Man March in D.C., took the incident in stride. He told Slate that it “wasn’t totally unexpected. We’re black kids in this Leave it to Beaver neighborhood, you know?” He added that the neighbor who called the cops apologized and said there had been an uptick in robberies lately.

The “DOPE” in my name means “Driven On Positive Energy”

If you know me, you know I try to flip every negative situation into a positive.

A 2014 Harvard study noted a bias against black Airbnb hosts, and found that “non-black hosts are able to charge approximately 12% more than black hosts, holding location, rental characteristics, and quality constant.” But there has not yet been a definitive study about how race figures into how guests are treated. In 2013, YouTuber Tommy Sotomayor claimed he was declined an Airbnb rental twice by the same person.

We’ve reached out to Grant for comment, and will update if we hear back.

Update 1:50pm CT, Oct. 10: Grant responded via email, saying: “I think the cops handled the situation professionally & things went way smoother than they could have but I also think everyone in the house handled themselves really well too. The insight that I got from this situation is that, before cops are law enforcement officers, they’re regular people. I try to deal with people on eye level & just be a cool, no matter who they are or what they do. I think if more people just approached each other in that way, the world would be a doper place.”