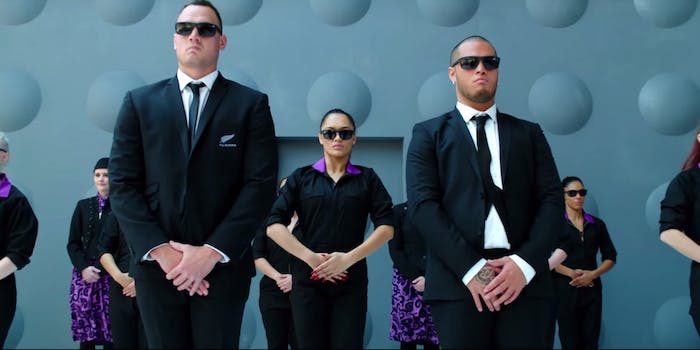 You'll surely remember this one.

Air New Zealand is going above and beyond to ensure the safety of every passenger on its domestic, international, and even intergalactic flights.

Having already visited Middle-earth three separate times to spice up its safety videos, the airline is back with a safety video that pays tribute to Men in Black while demonstrating its aircraft’s safety procedures.

While Agents J and K are nowhere to be seen, singers Israel Dagg and Stan Walker are fully prepared to save the world (and channel Will Smith‘s “Men in Black”) with help from Rip Torn, Frank the Pug, the New Zealand rugby team the All Blacks, and other famous rugby players.

Everything goes off without a hitch—and without the destruction of Earth—but getting those worms to stop smoking might be harder than it looks.