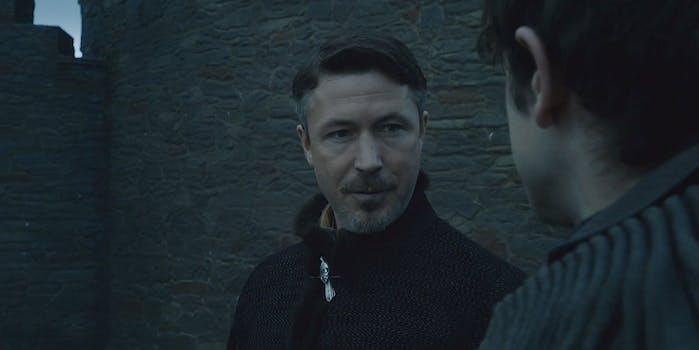 Littlefinger could probably learn a thing or two from this.

When it comes to producing a new audiobook version of the most famous military manifesto of all time, who would better narrate it than the voice behind one of the most conniving characters on TV today?

The Aidan Gillen audiobook for Chinese military general and philosopher Sun Tzu’s The Art of War has been out on Audible since the end of March, but people are slowly stumbling upon it and we’re wondering how something like this hasn’t happened sooner.

As Petyr “Littlefinger” Baelish, one of the major players on Game of Thrones and the Baltimore politician-turned-mayor Tommy Carcetti on The Wire, Gillen knows plenty about how (fictional) cunning masterminds work—and is pretty good at portraying one. While it’s not a requirement, it’s yet another fitting match between voice and text as he speaks in his natural Irish accent.

Over the past couple months readers have largely applauded Gillen’s efforts, which left one commenter to write, “This man could narrate a phone book and I’d pay for it.”

While that probably won’t be happening anytime soon, he’ll likely have some royal decrees to practice on whoever survives that impending battle between Stannis Baratheon’s army and the Boltons.