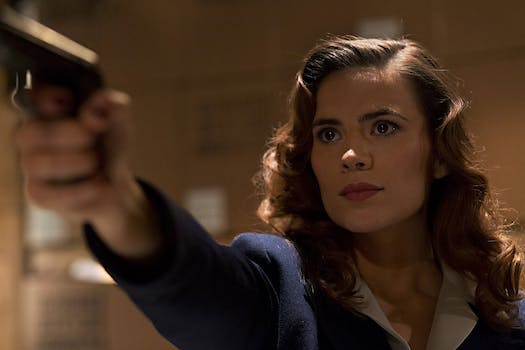 ‘Agent Carter’ was cancelled by ABC, but fans want to revive it on Netflix

ABC announced on Friday that it wouldn’t be renewing Agent Carter for a third season, despite the overwhelming success of just about every venture in the Marvel Universe. Fans of the show aren’t ready to let go, though.

They’ve started a petition to bring Peggy Carter to Netflix. Nearly 20,000 people have added their name to the call to bring Agent Carter to Netflix, the streaming service that has a habit of reviving fan-favorite shows that never quite find a wider audience.

Were the ’40s-era spy show to get saved from the chopping block, Netflix would be a logical destination given that it plays host to other Marvel vehicles like Daredevil and Jessica Jones. The universe of characters will continue to expand on the streaming platform in coming years as well, with the addition of Luke Cage, Iron Fist, The Defenders, and The Punisher.

Reviving Agent Carter isn’t just a matter of finding a network that fits; there’s also a potential logistical issue now that lead actress Hayley Atwell’s other show, Conviction, has been ordered to series. According to a report from Variety, Atwell would have managed her schedule to accommodate both shows had Agent Carter been renewed. Fans are hoping she’s willing to make similar sacrifices if they can revive the canceled series.

Hurdles aside, viewers just want their show back. Agent Carter suffered from dwindling ratings, but the people who did tune in every week didn’t lack for passion.

“Agent Carter is one of only solely female-based shows on the air of the superhero variety,” wrote one of the petitioners. “Peggy Carter is without a doubt the leading lady of the Marvel franchise, so in preventing her story, the story of one of the most important characters of a massive company, from being fully told, you are also eliminating a key role-model for many young female superhero fans.”

There’s no guarantee that even if the petition reaches its goal, it will have any impact on the decision of the major media executives who decide what shows live and die. But it is one way for fans to express their support for the show, renewed or not. Here’s hoping Marvel and Netflix are listening.