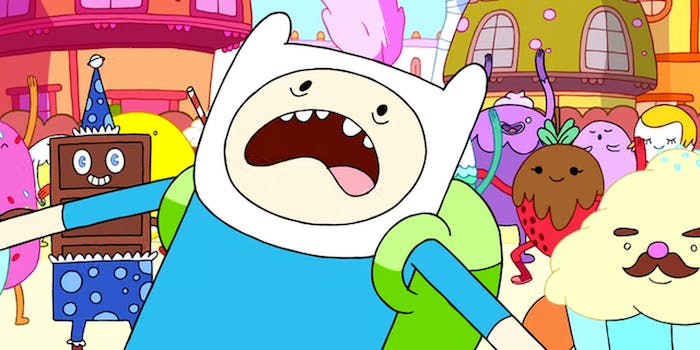 Land of Ooo we can't wait.

One of the most beloved shows on Cartoon Network is getting the big-screen treatment.

Deadline reports that Warner Bros. is developing Adventure Time, which follows the adventures of young Finn and his dog sidekick Jake, as an animated movie, produced by Roy Lee (The Lego Movie) and Chris McKay (The Lego Batman Movie). Following the success of The Lego Movie with an Adventure Time feature is a pretty solid bet.

No doubt Warner Bros. saw what a devoted fanbase the show has, populated by both kids and adults. The colorful, somewhat psychedelic world and oddball characters of of Adventure Time will translate easily to the screen.

If you’ve dressed up as Finn or Jake for Halloween, you’re likely very excited right now.