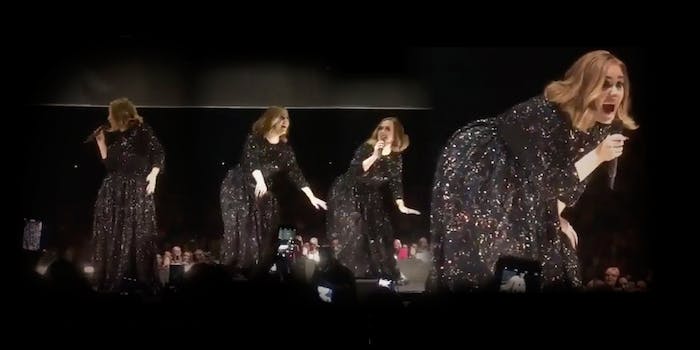 The British singer said she has to move her whole body to do it.

The 27-year-old singer showed off her booty moves at a sold-out 02 Arena in London this week, exclaiming, “I think I just twerked!”

Clad in a glittering gown, she admitted her twerking was imperfect.

“I can’t do it that well,” she said. “My whole body has to move. My bum could break my back it’s so enormous.”

After smashing records with “Hello,” Adele’s been treating her fans to adorable moments since the fall, from carpool karaoke with James Corden to surprising a group of lookalikes, to hating the gym just like the rest of us. Twerking is only the booty-shaking cherry on top of an adorable Adele season.