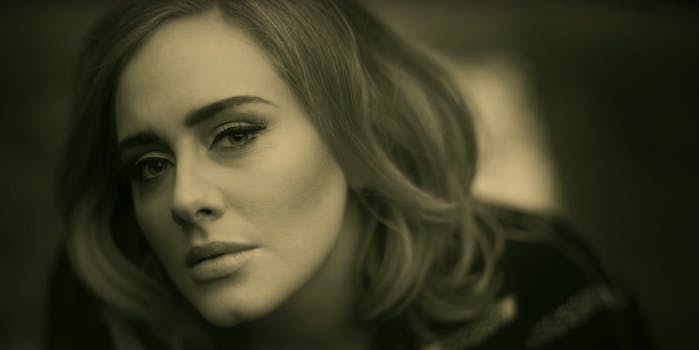 Reportedly, all 11 songs were compromised.

According to the Sun, Juno Records out of London posted two-minute snippets of all 11 of the album’s songs. After the newspaper broke the news, the album stream was removed from the store’s website.

Here’s why the leak would have ramifications for Adele. As the Sun writes, “Adele has been fiercely protective of the album, admitting the only person she had played it to in full was her manager Jonathan Dickins. Earlier a music industry source said: ‘This throws the most carefully planned album campaign in years into crisis. Everything had been built up around a massive surprise on Friday, when the album was going to be released in every territory around the world… What’s going to be most devastating for her is people hearing the songs in an unfinished form online.'”

Clearly, though, Adele fans are hungry for her new music, especially considering viewers spent 1,300 years (which equals 110 million page views) watching Adele’s latest video for the single “Hello” the week it was released.

There also were reports that big-box store Target had already placed Adele’s latest on the racks for sale, but her representatives told Billboard that those rumors were untrue.

So far, Adele has stayed silent on social media, but perhaps that’s because her team is also using this leak as a reason to stop her from tweeting.