According to the New York Times, “three people with direct knowledge of the plans for the release” have confirmed that the album will only be available for purchase Friday, with no plan for it to be made available for streaming. This news comes almost exactly a year after Taylor Swift famously pulled her catalog from the streaming service, and just days after 25 prematurely leaked online, though no rep from Adele’s team has commented on the situation yet.

The lead single, “Hello,” is still currently available to stream as of now: 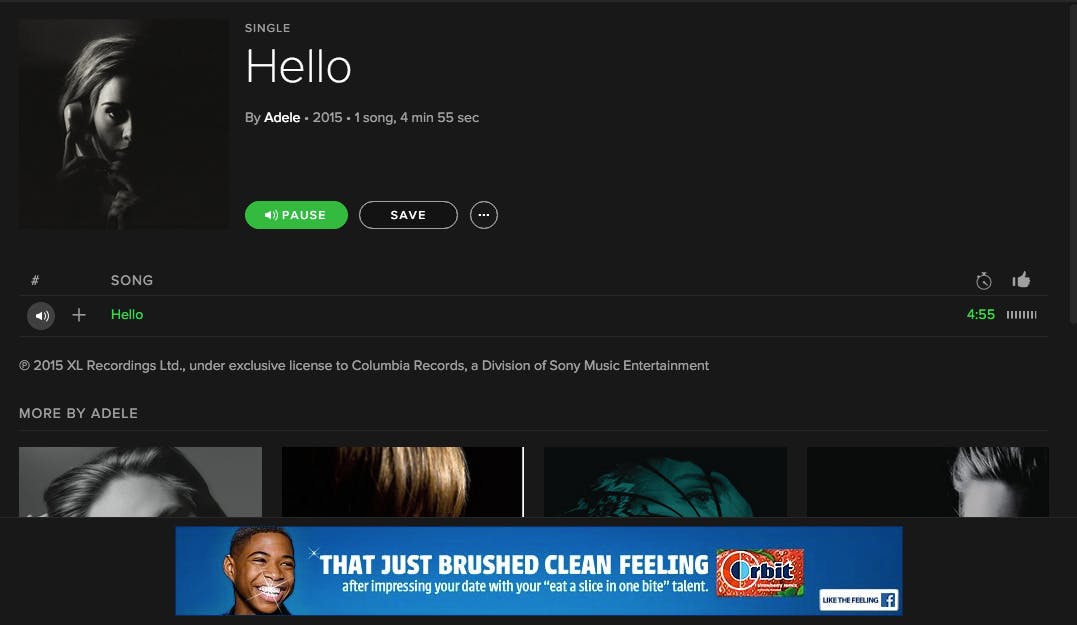 Though there’s no word as to whether it will be taken down once the entire album is released Friday.
H/T New York Times | Screengrab via Adele/Instagram