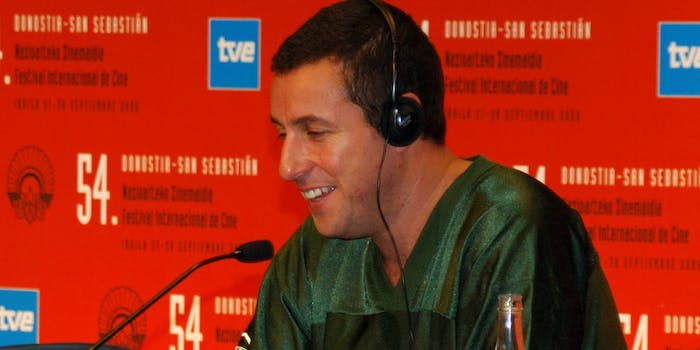 Appropriately, Adam Sandler's Netflix movie has the word "ridiculous" in the title.

Ridiculous 6 is not a sequel to a series of earlier Ridiculous movies, but is a parody of Westerns like The Magnificent Seven. (Incidentally, Quentin Tarantino has a Western called The Hateful Eight coming out later this year. Don’t get these two movies confused.)

Sandler recently signed a four-picture deal with Netflix, which is branching out into in-house movie production. In the original announcement, Sandler said, “I immediately said yes for one reason and one reason only… Netflix rhymes with Wet Chicks.”

Your Netflix subscription is paying for this.

Photo via oneras/Wikimedia (CC BY SA 2.0)