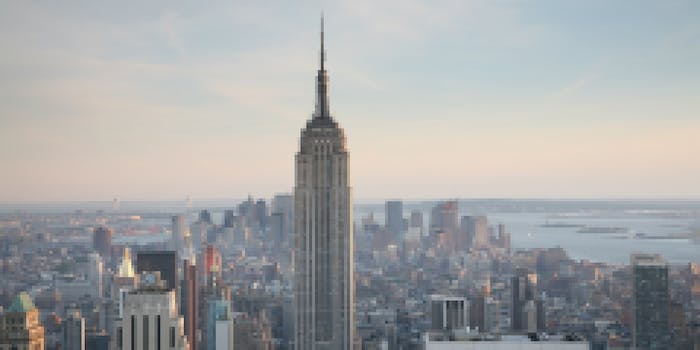 Adam Sandler’s new movie was inspired by a YouTube short

It’s not exactly identical in both scope and approach to its origin, but Pixels, the action-comedy set to star Adam Sandler and Kevin James, does admit inspiration from a YouTube short.

The film, which will begin shooting soon and is set to premiere May 15, 2015, finds a group of aliens convinced that the video feeds of classic arcade games are being used against them as a declaration of war. They attack Earth as a result, using the games themselves as vehicles for their assault.

The people in charge of saving Earth from this disaster are Kevin James, the hefty comedian, and Adam Sandler, who’s made a career out of speaking in gibberished yiddish. James plays the US president; Sandler plays his one-time video game champ turned home theater installer friend. Together, they need to save the world from imminent peril.

The film’s also set to star Michelle Monaghan and Peter Dinklage, with direction from Chris Columbus.

The entire plot is based on the two-and-a-half minute long Patrick Jean short film “Pixels” from 2010. The short, which won the Annecy Crystal for Best Short Film at the 2011 Annecy International Animated Film Festival, follows a series of video pixels as they escape from a thrown-out television, eventually taking over most of Manhattan. A number of video games show up along the way: Pac-Man, aliens from Space Invaders, a few blocks from Tetris.

A giant bomb shows up on a city street the end of Jean’s version and blows everything to smithereens, so I guess we’re hoping Adam Sandler and Kevin James can combine to stop that from happening.

Good luck to all of us.