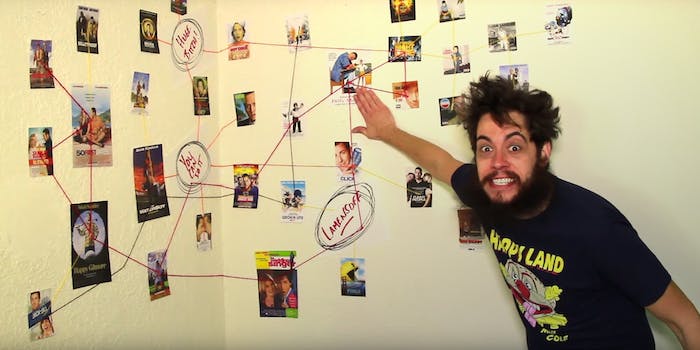 First, there was the Ice Cubiverse. Now there’s the Sandlerverse.

L.A.-based comedian and creator Shawn Kohne lays out his theory in a nearly nine-minute video simply titled “The Sandlerverse,” in which Kohne has repurposed a corner of a room in his home or office and set up a True Detective-esque shrine to unraveling the connected universe of Adam Sandler movies. He said the project took a little over two weeks, and it all started, as the video explains, with 50 First Dates.

“The thing about these kind of projects, I will always reach a point where I sit back and think, ‘What in the heck am I doing this for?'” he told the Daily Dot. “But I just keep pushing through because I believe in the idea. It normally works out for the best to keep going.”

In the explainer, a wild-eyed Kohne, who possibly grew his frazzled beard in the process of unraveling the Sandlerverse, uses several points of entry: Billy Madison, Rob Schneider, Saturday Night Live, a talking goat.

At times, he appears on the verge of a breakdown (or, perhaps, a breakthrough), as if the weight of this much knowledge might literally crush him. Perhaps he was encouraged forward by a mantra repeated often in the Sandlerverse: “You can do it.” 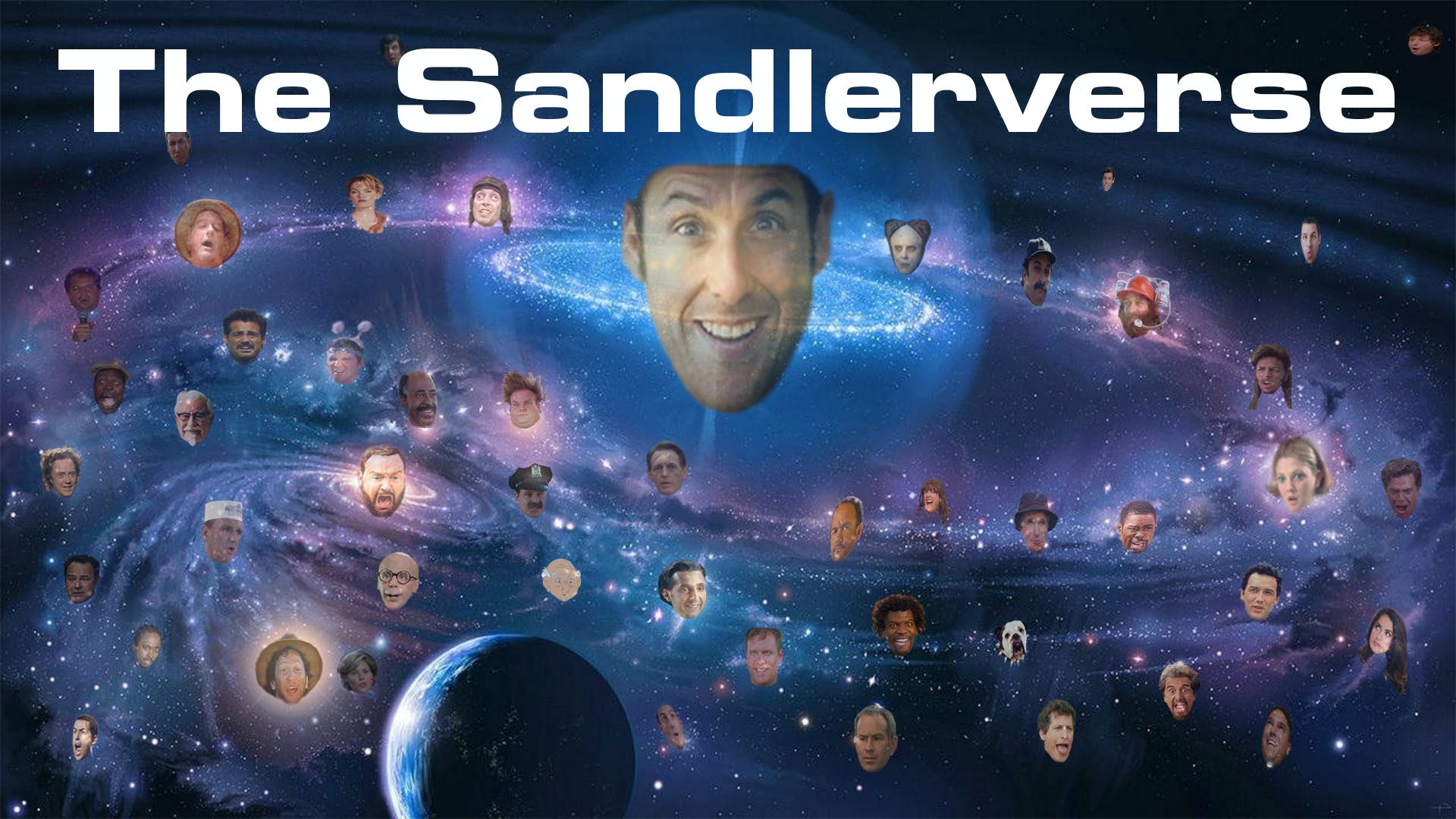 Kohne says Sandler hasn’t personally responded yet, but his video did catch the eye of Tim Herlihy, a writer and actor on several Sandler films. 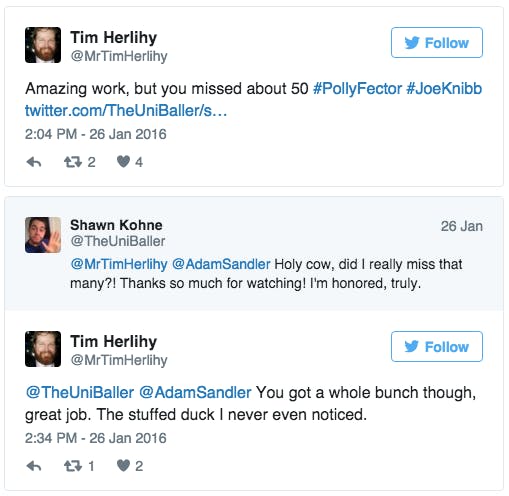 “I knew when I published the video I had not found all the connections between movies,” Kohne said. “That’s why the ending is an open call for others to continue the work I have started on The Sandlerverse. The really cool thing, for me, is that not even Tim Herlihy knew about the stuffed duck! That is what’s awesome about doing videos like this.”

Indeed, this isn’t the first time Kohne has done some very important work. Last July, he released a compilation of Jim Carrey falling down.

“When I was growing up it was Adam Sandler and Jim Carrey, those were the comedy guys,” he said. “[T]hese video tributes are my way of getting to work with them in some regard, as I may never really get to work with them. Both actors had such an influence on who I am as a human being, so if I have a fun idea to show them I appreciate what they do I’m gonna at least try to make the concept work.”

Now, what would happen if Ice Cube and Adam Sandler were in a movie together?