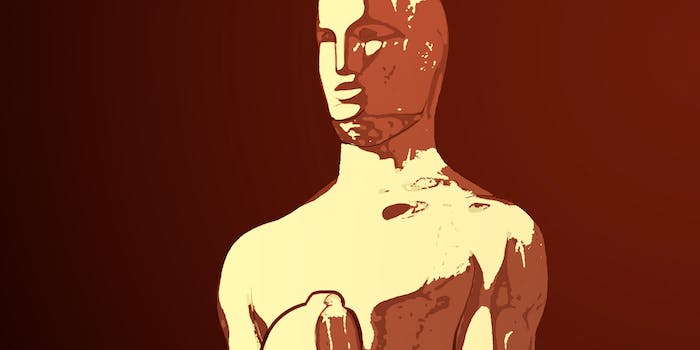 The Academy announces changes to increase diversity among its members

The Academy wants to double the number of women and people of color by 2020.

After more than a week of backlash from viewers, actors, members of the Academy, and Oscar-nominated stars over the lack of diversity with this year’s nominees, the Academy of Motion Picture Arts and Sciences announced historic changes to make the Academy more diverse.

The changes are a followup of a previous statement from the Academy pledging to make the Academy more diverse. The Board of Governors voted unanimously on the changes Thursday night, which aim to double the number of women and minority members of the Academy by 2020, according to a press release from the Academy.

“The Academy is going to lead and not wait for the industry to catch up,” said Academy President Cheryl Boone Isaacs. “These new measures regarding governance and voting will have an immediate impact and begin the process of significantly changing our membership composition.”

Starting later in 2016, Academy membership is no longer an automatic lifetime guarantee. For new members, their status will last 10 years and will be renewed if they are active voters; they can receive lifetime status after three 10-year terms or receiving an Academy Award nomination. Those who don’t qualify will be able to receive emeritus status, which receive many of the same benefits as active Academy members but won’t be able to vote for the Oscars.

The new changes don’t affect the voting for this year’s Oscars, which will air Feb. 28.

This is a big step in making sure that members of the Academy, which is currently 94 percent white and 76 percent male, are actively involved in selecting the movies and filmmakers who deserve nominations and awards (which isn’t always the case).

The Academy will also launch a global campaign to recruit new members and establish three additional seats on the Board of Governors.

The change comes after the Academy failed to nominate any actors or actresses of color in any of the acting categories for the second year in a row, causing the #OscarsSoWhite hashtag to go viral again, although Hollywood’s diversity problems goes far beyond acting. Criticism came from all sides of the debate, with Jada Pinkett Smith and Spike Lee both vowing that they wouldn’t attend the Oscars ceremony.

#OscarsSoWhite has been a hot topic among actors over the past week as many spoke up about the lack of diversity among the nominated actors, writers, and filmmakers—and in Hollywood at large. Viola Davis called the Oscars “a symptom of a much greater disease,” while David Oyelowo noted that the Academy “doesn’t reflect this nation.” Mark Ruffalo praised the boycott, Lupita Nyong’o expressed her disappointment, and Reese Witherspoon and John Krasinski criticized the Academy.

But not everyone saw the push for change as a good sign. Current Best Actress Oscar nominee Charlotte Rampling said that the backlash “is racist to whites” and said that “perhaps the black actors did not deserve to make the final list.” Meanwhile, Oscar winner Michael Caine told actors of color to “be patient.”

So far the change has been met with praise, but as some noted, there’s a reason why it even happened in the first place.

Just received from @TheAcademy. One good step in a long, complicated journey for people of color + women artists. pic.twitter.com/CDB3ro2E4Q

Shame is a helluva motivator.

I'm floored. Thank you for sharing the news. I wouldn't have known for hours. Thank you so much for the support. #OscarsSoWhite

Update 10:34am CT, Feb. 23: Since announcing the series of changes intended to increase diversity among the Academy’s members, a spokeswoman told the New York Times that president Cheryl Boone Isaacs’s plans had yet to be enacted because the changes didn’t yet accord with Academy rules.

The Academy’s bylaws don’t give Isaacs the authority to enact her proposal to add three seats on the Board of Governors to increase diversity. The change would need to be approved by a two-thirds majority and won’t go into effect before the Academy Awards on Feb. 28.