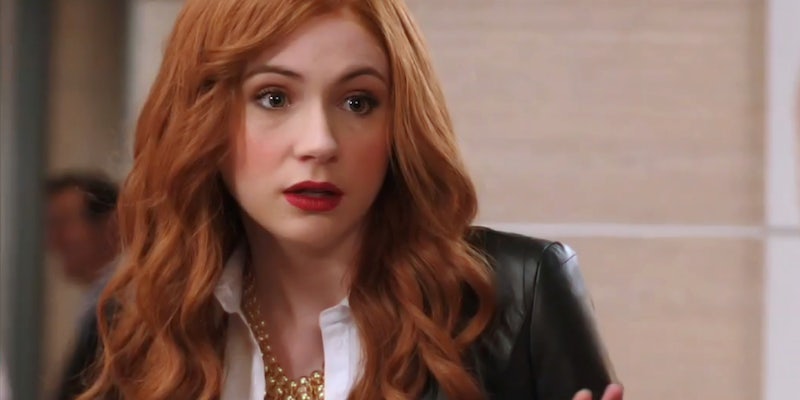 Well, you reap what you sow, and we really only have our collective culture to blame for this one. In February, we learned a sitcom called Selfie was getting a pilot over at ABC, and earlier this week ABC announced it had picked up the show about a 20-something obsession with social media and her marketer friend on a quest to “rebrand” her.

Now ABC is offering a first look at the show. You’ve been warned: The protagonist says the words “totes,” “coolio,” and “dunzo” in a single sentence.

Selfie is based on My Fair Lady, with the vapid main character Eliza Dooley (Karen Gillan) standing in for Eliza Doolittle. Instead of teaching her how to talk like a lady, John Cho’s character, Henry—likely a stand-in for Henry Higgins—teaches Eliza how to be less obsessed with herself.

The first-look trailer is all kinds of bad, but don’t write the show off yet. Cougar Town has a terrible name and turned out to be a funny hangout comedy, and Trophy Wife was saddled with a pretty crappy name and iffy premise and managed to spin it into something funny. And Emily Kapnek is the creator; she also created Suburgatory, which was a good show. And John Cho is an underutilized treasure.

But it’s still called Selfie, which guarantees no one will ever take it seriously.