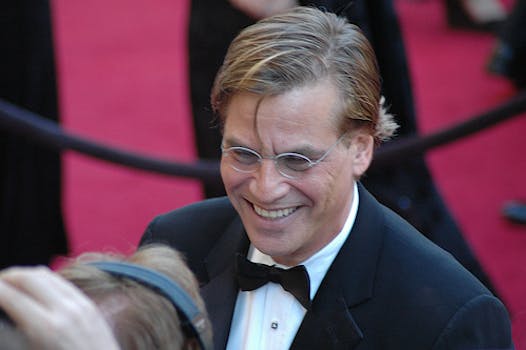 Ever get a feeling of déjà vu when watching a movie or TV show written by Aaron Sorkin? A new supercut reveals that the screenwriter behind The West Wing, The Social Network, and HBO’s latest cultural talking-point, The Newsroom, tends to recycle his own dialogue (not to mention fart noises and chicken impressions). Or as we call it in the spirit of Jonah Lehrer, “self-plagiarism.”

See for yourself, in this supercut spotted by The High Definite and created by YouTuber drfunky17. The seven-minute video pulls clips from the aforementioned works, as well as Sports Night and Charlie Wilson’s War.

“This is not intended as a critique,@KevinTPorter wrote in the video’s description, “but rather a playful excursion through Sorkin’s wonderful world of words.”

In the words of Sorkin, “It’s really quite something.”

Meanwhile, HBO was kind enough to upload the first episode of The Newsroom to YouTube. See if you can catch any of the writer’s telltale “Sorkinisms.”