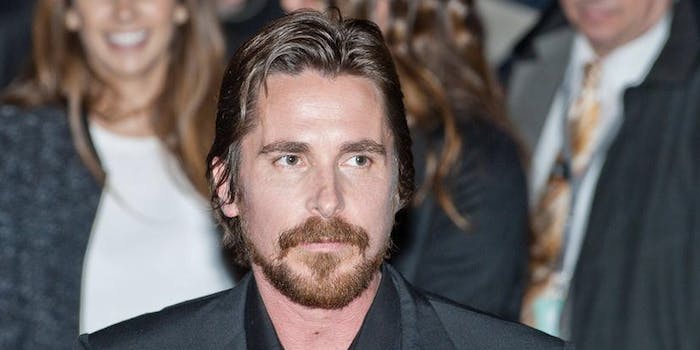 Emmy- and Oscar-winning screenwriter Aaron Sorkin has officially announced that Christian Bale will take on the role of Steve Jobs in the new biopic, adapted from Walter Isaacson’s 2011 biography. Filming is scheduled to start in a few months.

While Bale is best known to the masses as Bruce Wayne/Batman in Christopher Nolan’s film trilogy, he won the 2011 Academy Award for Best Supporting Actor for his work in The Fighter. The match between Sorkin’s penchant for fast-paced dialog and Bale’s uncanny ability to dispose of his native accent while performing may result in a powerful performance. Sorkin said in an interview with Bloomberg News that Bale didn’t have to audition to land the starring role.

“He has more words to say in this movie than most people have in three movies combined,” Sorkin told Bloomberg News of the role. “There isn’t a scene or a frame that he’s not in. So it’s an extremely difficult part, and he is gonna crush it.”

Other actors rumored to be in line for the of Steve Jobs part included Leonardo DiCaprio, Matt Damon, Ben Affleck, and Bradley Cooper.