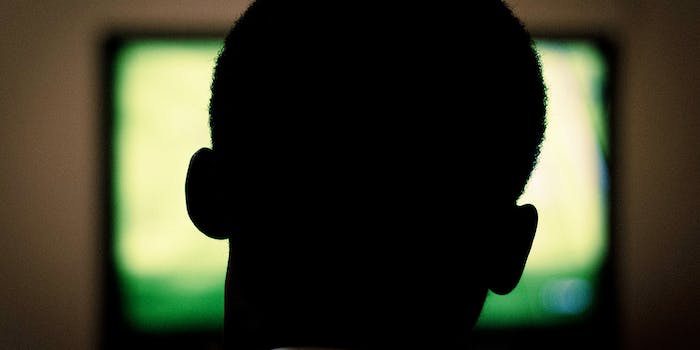 A Good Movie to Watch solves the ultimate movie-buff conundrum

Anybody willing to shell out a monthly subscription fee for services like Netflix, Amazon Prime, or Hulu Plus can rightfully claim to have an undying love for movies, but let’s get real: Unless you have a particular title you’re interested in seeing, deciding what to watch is more than half the battle.

If you’re tired of wasting hours browsing through countless titles and are in need of a guide to help you make a decisive flick pick, you need to check out A Good Movie to Watch. It’s a website that promises to help you find—you guessed it—a good movie to watch.

In case you have high standards and can only stomach watching highly rated films, the site culls titles that have received critical acclaim from both IMDb and Rotten Tomatoes. However, instead of feeding you obvious choices you’ve already seen before, the site’s algorithm prioritizes movies that didn’t necessarily perform well at the box office, giving you the opportunity to discover movie gems you had no idea existed.

If you’re feeling rather adventurous, you can click on “Random Suggestion” to find your next movie to watch, but bear in mind that results can be a bit hit or miss. 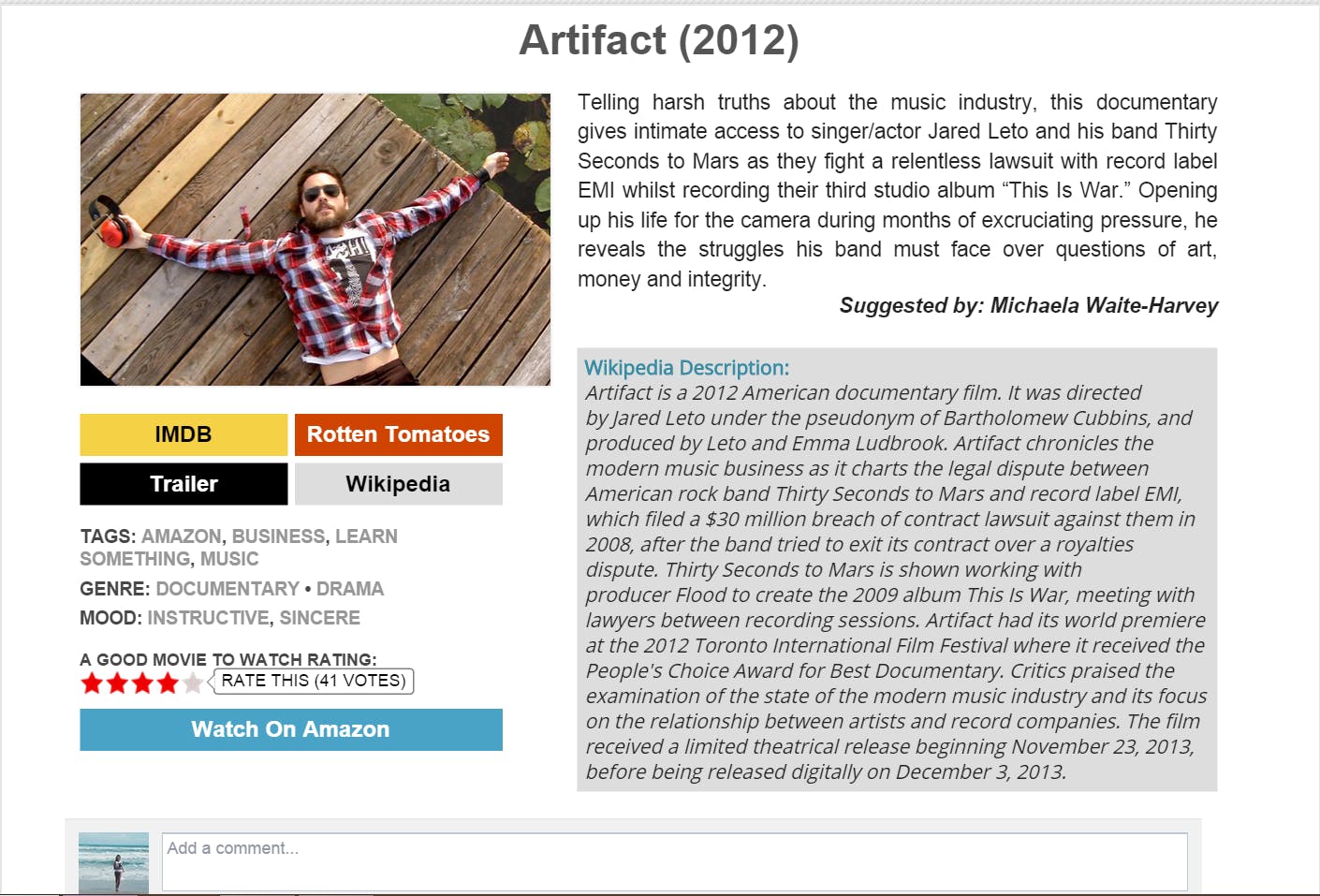 Ahhh, I love music documentaries! Could be a hit.

You can also search for titles based on your go-to genre—action, comedy, documentary, drama, family, horror, mystery, romance, and sci-fi/fantasy. Here’s one of the horror suggestions, which is arguably a must-see (if you haven’t already). Anything Joss Whedon is involved in warrants at least a quick peek. 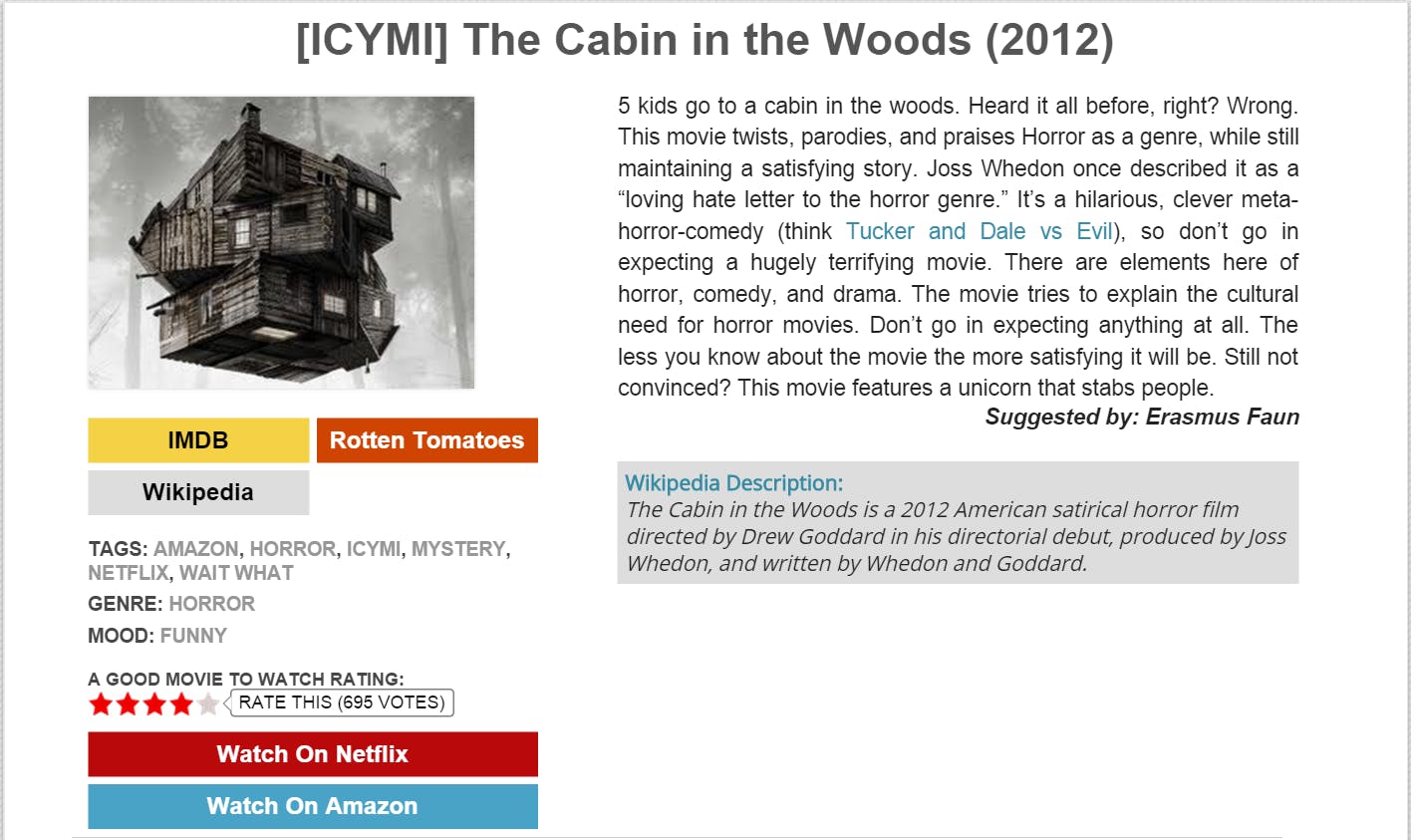 Do yourself a favor and just watch this one without looking up the synopsis.

And of course, what’s the point of using a movie aggregator if you can’t base your search on your current mood? You have 45 moods to choose from, which isn’t a lot, if you think about it. If the point of this exercise is to cut your movie search time in half, though, the site does it well enough to provide you at least one title you could be interested in. 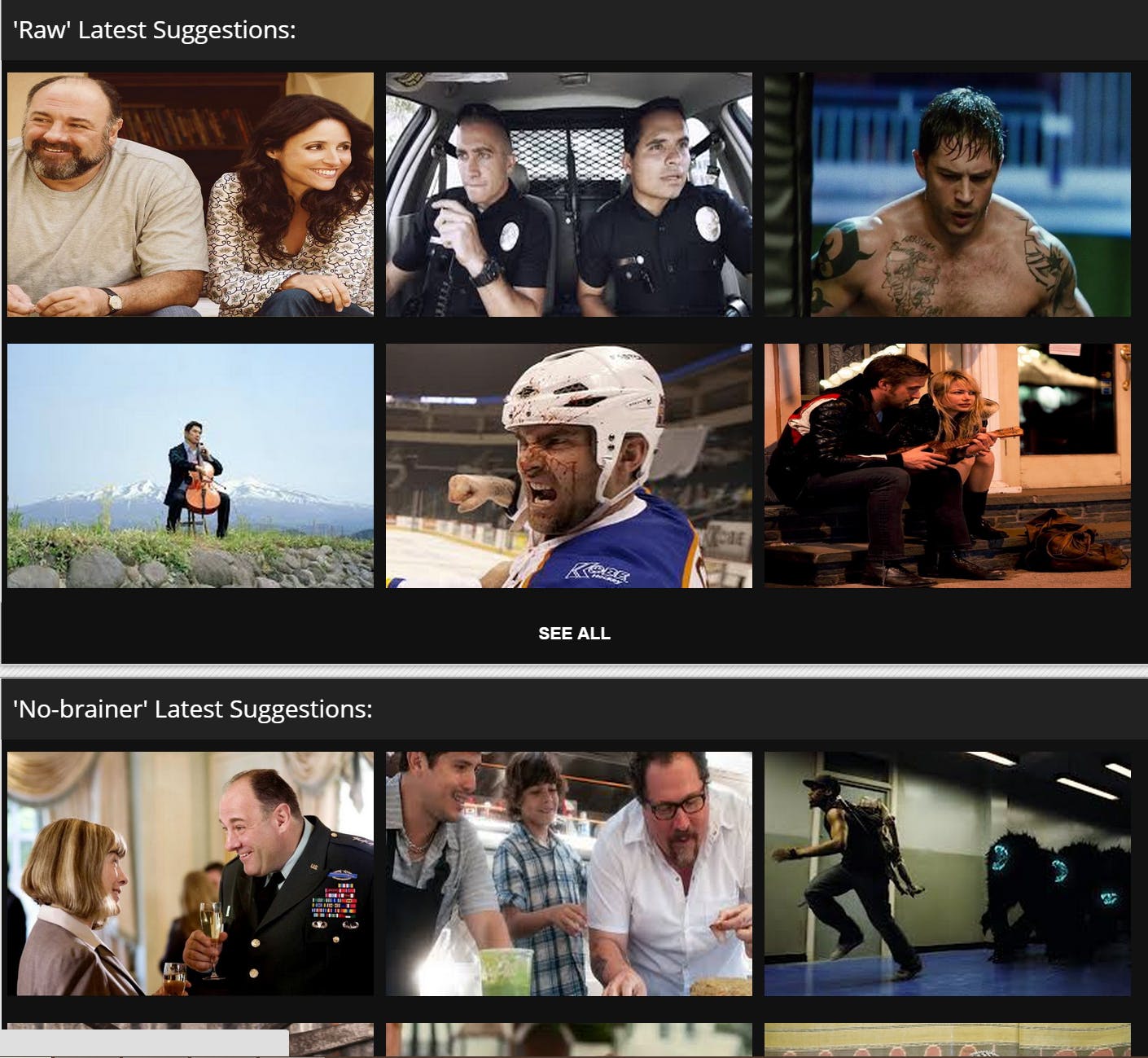 Someone really wants you to do a James Gandolfini movie marathon.

You can also put your decision completely in the hands of A Good Movie to Watch by sifting through the staff recommendations. And if you feel like paying it forward, you can even suggest a movie yourself, provided that it was made after 1982 (so your pretentious black-and-white favorites are out, unfortunately), has at least a 6.7 rating on IMDb and 60 percent on Rotten Tomatoes (which is a pretty low bar, to be honest), and is relatively unknown.

Consider using A Good Movie to Watch for your next Obscure Movie Night, for sure.

Photo via crazysphinx/Flickr (CC BY SA 2.0)