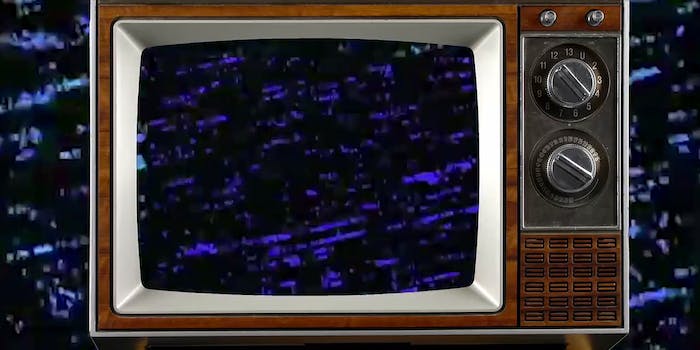 We’re still in full ’90s nostalgia mode, so Williamsburg is putting together an entire festival around the decade’s biggest hits and one-hit wonders to capitalize on it.

At 90sFest, nostalgic millennials will gather in Brooklyn on Sept. 12 to see perennial ’90s favorites Smash Mouth (last seen rising up at a fan over bread), Lisa Loeb, Coolio, Tonic, Naughty by Nature, the surviving members of Blind Melon, and cover band Saved by the ’90s to probably cover whoever didn’t show up over the course of nine hours. MTV VJ Pauly Shore, another ’90s staple, will fittingly host the whole thing.

But wait, there’s more! When you’re likely tuning out the bands that aren’t playing their greatest hits, 90sFest will also have a room for a Mario Kart tournament and an area where guests will attempt to break the Guinness World Record for the largest crowd doing the “Macarena” dance. We’re already getting flashbacks to middle school dances, but with booze and more sophisticated cellphones. Other brands and social media stars will show up and hype up the nostalgia factor while selling ideas to the masses.

Tickets are currently on sale at the 90sFest website (a very fitting tribute without the actual ’90s Web design) starting at $60, but for $150 you’ll get a VIP pass and possibly even “Crystal Pepsi-based cocktails.”

Or, if you’re nowhere near Brooklyn, can’t afford the pricetag, or have better things to do with your money, you can easily have your own 90sFest without even leaving your couch—and it’ll last longer than one day.

Here’s what you’ll need to DIY it.

It’s not like you know most of the artists outside of their big hits anyway.

Until it’s widely available again, eBay is your best friend—but we’re not responsible for whatever happens when you drink a 20-year-old beverage.

The Wii version works fine, but for the full nostalgia factor, go for the original SNES or the Nintendo 64 versions. And you thought Rainbow Road was hard now.

Just pull up the BuzzFeed listicles and go on reminiscing for a few hours.

His film collection on Netflix and Amazon Instant Video are pretty slim, so go to the clips we have to capture the best parts about those movies. Don’t blame us if they’re not as great as you remember.