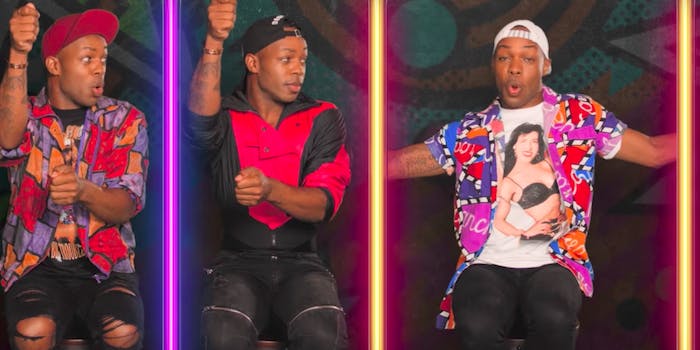 YouTube star Todrick Hall is keeping the ’90s nostalgia alive with his latest viral video that features almost 40 iconic hits from the decade.

My heart!! He knows how to truly touch us 90's babies! What a time we live in! @todrick has blessed all our timelines!! pic.twitter.com/bZkcDKr8dB

The video was uploaded to Facebook on Tuesday and has already gained 23 million views. In the video, Hall uses four different takes of himself covering artists like Celine Dion, Montell Jordan, Boys II Men, and more. He also wore T-shirts from the era’s iconic figures. One of the shirts he sported was of late Tejano singer Selena Quintanilla, but he sadly did not include her songs in the cover.

Check out which of your favorite ’90s hits made the cut.