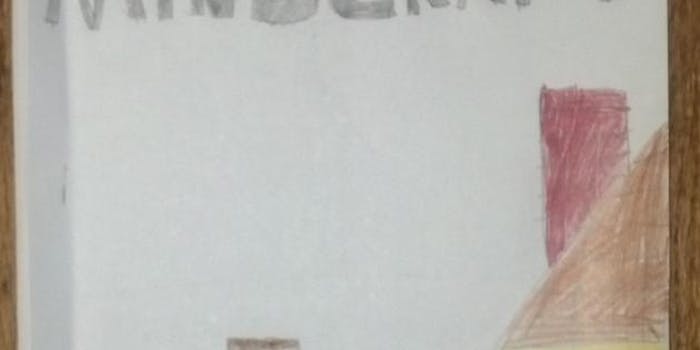 The hit PC game Minecraft is so simple a child could master it. That's exactly what 8-year-old Kai Coulter of Seattle has done—and now he wants to teach you.

The hit PC game Minecraft, where players use colorful 3D blocks to build objects and their surroundings, is so simple a child could master it.

That’s exactly what 8-year-old Kai Coulter of Seattle has done. Now he wants to teach the world.

“My son has been playing Minecraft on XBox 360, since I got it for him just before Christmas 2012,” Ben Coulter told the Daily Dot. “This was his first attempt at a guide, but he’s been writing little books like this for a couple of years. He’s covered Star Wars, Batman, Cars and a few others.”

On Reddit’s r/gaming community, more than 330 people praised Ben for his creativity and suggested other games for him to cover.

“Kid did a fine job,” romeoromero commented. “With such cognition of the game at an early age, he already has the credentials to write the sequel to the Ages of Minecraft once he gets older. Or whatever iteration of the game exists at that point.”

“This kid needs to write a chapter on Red Stone,” maadclaw commented. “It’s the only way I’ll ever learn it.”

The positivity has inspired Kai to keep the guides coming.

“He was really surprised at the amount of responses he received from his guide,” Ben Coulter added. “He will definitely be doing more guides in the future.”