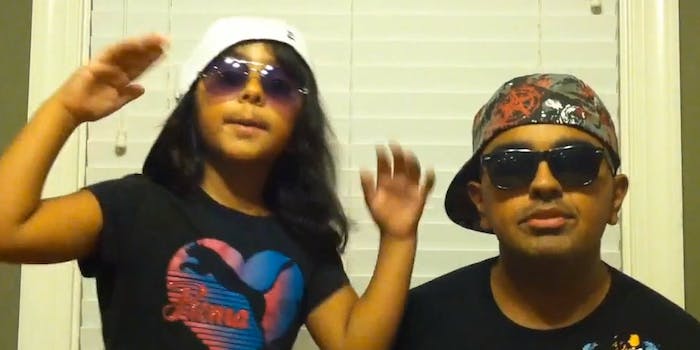 7-year-old rapper Little Z is the next big thing

7-year-old Atlanta girl Little Z, whose video is starting to blow up on YouTube, has the flow of a much more experienced MC.

Nicki Minaj, I hope you’re watching this. This girl is going to be on your level in about two years.

By then, she’ll hardly be a day over nine.

Inspired by a battle rap scene from an episode of the Disney Channel show Let It Shine, seven-year-old Atlantan Little Z teamed up with her brother Dragonai to produce this a cappella “Moment of Truth,” a 1:25 spatter of swagger and heat that makes Willow Smith’s rap look like child’s play.

Like the Y.N. Rich Kids’ end-of-summer blockbuster hit “Hot Cheetos and Takis,” Little Z’s performance gets an inherent boost from the “Cute Kid!” factor, but this girl’s flow is absolutely legit. Just scope the way she scans the imaginary crowd when she raps “I see your mommy and your daddy in the front row. Must be embarrassed for you, bro.”

That is just about as real as Minaj’s verse on Robin Thicke’s “Shakin’ It 4 Daddy.”

We’ve got word out to Dragonai, as well as a few record executives who need to know about this girl. Our guess is it won’t be long before you see her on Disney TV.