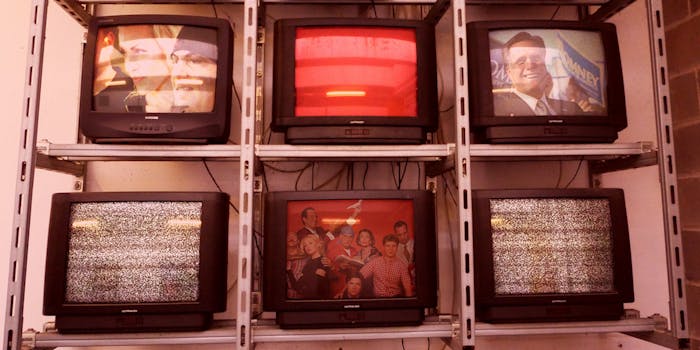 It's been a bumpy ride for the TV channel that wasn't.

The devoted fandoms and accolades that have sprung up around Orange Is the New Black and House of Cards create an impression that Netflix is becoming a real player in original programming. Nevertheless, it’s ultimately new to the game: It has produced a fair number of go-nowhere series and dud specials—just like the old TV networks it seeks to disrupt.

Below, we’ll take a glance backward—sometimes fondly, sometimes in disgust—at efforts that, for one reason or another, didn’t make the grade. But hey, there’s always next time.

If you asked people to name a terrible Netflix show off the top of their heads, most would mention this glacially plotted, wretchedly written, haphazardly acted excuse for a horror tale. It even managed to land on Time critic James Poniewozik’s list of TV’s worst atrocities in 2013, though why we should expect anything less from executive producer Eli Roth (Hostel, Hostel: Part II) is anyone’s guess. The best user reviews are still fairly tepid, and among the true fans, there’s marked disappointment on the quality drop-off between seasons. This dreck wouldn’t have made it past the front door at HBO.

You probably first enjoyed Hodgman’s dry wit on The Daily Show, where he styled himself a wealthy, out-of-touch pundit with a touch of NPR somnolence. He wrote The Areas of My Expertise, a hilariously phony almanac complete with hundreds of hobo names, which was followed by another two superfluous volumes, and finally hit rock bottom with this deeply unfunny conceptual comedy special whose laziness is almost certainly part of the point. We’d dare you to watch the whole thing, but some jurisdictions have laws against encouraging self-harm. Time for a new schtick, dude.

The collective “meh” that greeted Lilyhammer was a damn shame, and probably had something to do with the American hostility toward subtitles. If you can make it through the incongruously cheesy and awkward setup (about five minutes, maximum), you’ll be rewarded with a surprisingly deft fish-out-of-water-but-loves-the-snow story of a mobster (Steven Van Zandt, essentially continuing his Sopranos run as Silvio Dante) fleeing New York for Norway and making a new—but very familiar—life for himself. Luckily, the show is a hit among real Norwegians, thanks to its stellar regional cast and canny way of blending dark humor with genuine warmth, which means we’ll get a deserved third season.

Here’s the real heartbreaker. There’s no harsher group of critics than a cult following, and it was all too inevitable that the resurrection of this screwball single-camera sitcom would crash and burn in the eyes of its own greatest evangelizers. Cries of “it’s just not the same” pepper the Netflix ratings page, and plenty of viewers never got through the whole season—too bad, considering it represents the boldest experiment in binge-watching culture to date, linking its 15 episodes in simultaneity rather than sequentially (translation: there’s no wrong order in which to watch). The run isn’t without its missteps, but all the ingredients that made the original series shine are there. Plus we end on a perfect thematic note, with Michael and his grown-up son finally engaged in the open antagonism that characterizes the rest of the Bluth clan’s internecine feuding.

Richard Nixon famously remarked, following an election loss that should have ended his political career, that the press and public wouldn’t have him to kick around anymore. Failed candidate Mitt Romney didn’t even bother with a disingenuous line—he just signed off on a documentary cobbled together from home movies shot by a family friend, perhaps with the idea of rehabilitating his oily image. The awkward, bland result tells us very little we didn’t know, meanwhile exposing Romney’s lack of coherent motivations for seeking the presidency in the first place. In the end, it’s a solemn reminder that we needn’t go “behind the scenes” when there’s nothing at stake going on backstage.

I’m sorry to sound cruel, but has anyone so much as heard of this ostensible comedy series? That you can’t actually watch it on Netflix anymore says it all. There are no jokes to speak of (unless you count Andy Dick making references to sex between homeless people), and the leads are so manifestly boring as to shut down your frontal cortex entirely. The premise isn’t bad—a group of petty criminals doing community service in a different location each episode, which makes for a Party Down-like format—but the zingers are off, the stereotypes broad, and production values minimal. It’s no exaggeration to say there are better things to watch on YouTube. Paint drying, for example.

Photo by Pat Guiney/Flickr (CC BY 2.0)|Remix by Max Fleishman