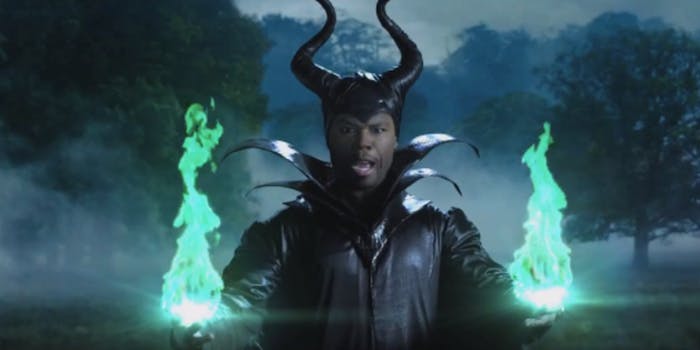 50 Cent is your new favorite Disney villain in ‘Malefiftycent’

“This ain’t going to no Redbox."

Rapper 50 Cent has been making the talk show rounds to promote his new album, Animal Ambition, and new Starz show, Power. And perhaps do some damage control after his awful first pitch at Citi Field last month (the old “excessive masturabtion” excuse really came in handy).

“This ain’t going to no Redbox,” he explained.

I mean, I would watch 50 Cent in Maleficent, but I get the sneaking suspicion this sketch was written just to use the phrase “Get witch or die tryin’.”