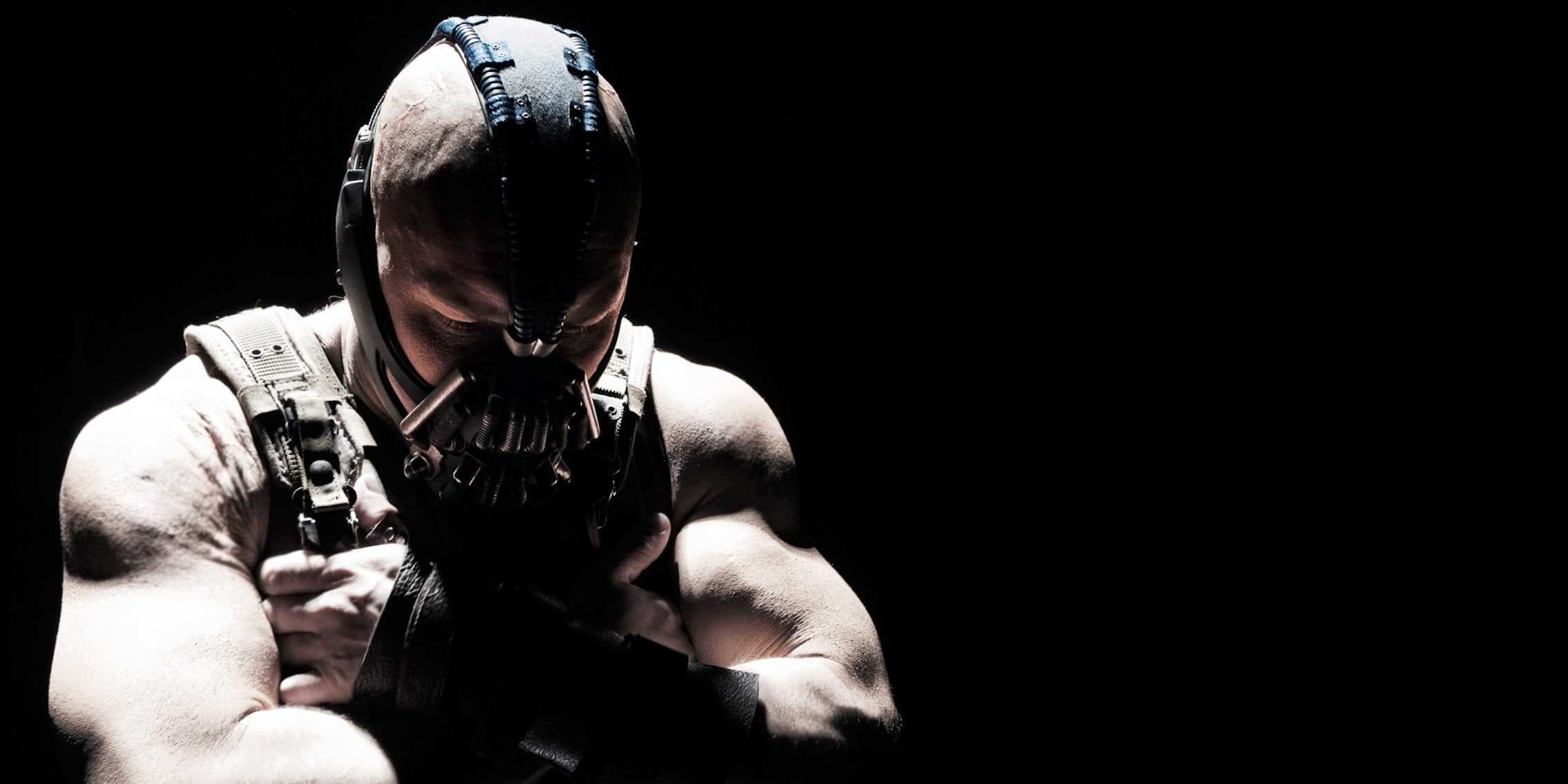 Chances are, the actor best know for playing Bane won't be coming back.

It will go down as one of Reddit’s worst celebrity AMAs (“ask me anything”) in history—and you can thank 4chan.

The AMA, which launched Wednesday afternoon, featured director Steven Knight and actor Tom Hardy, best known for his role as Bane in the 2012 blockbuster The Dark Knight Rises.

As has become the case with most Reddit AMAs these days, the goal was self-promotion. Knight’s latest film LOCKE, a story “about a man on a journey driven by principle and haunted by consequences of a single mistake,” premieres on April 25.

Hardy had made his own haunting “mistake,” at least according to 4chan’s television board /tv/. It happened in the spring of 2011.

That’s when Hardy was playing the mask wearing marauder Bane in Christopher Nolan’s final Batman installment. The film opens with Bane hijacking an airliner with government agents aboard. It is this odd scene between Bane and a CIA agent played by actor Aidan Gillen that has made Hardy a /tv/ punchline.

This was the birth of the “You’re a big guy. For you” meme, which pilloried Bane’s voice was the The Dark Knight Rises’ editing. (For full size images of the screengrabs below, check out this album here).

/Tv/ could not resist asking Hardy about this scene. The following are some of the questions he and Knight answered unaware that they were from some 4chan pranksters.

By the time Reddit moderators discovered the bogus questions, they made quick work of deleting everything, leaving behind a content graveyard. 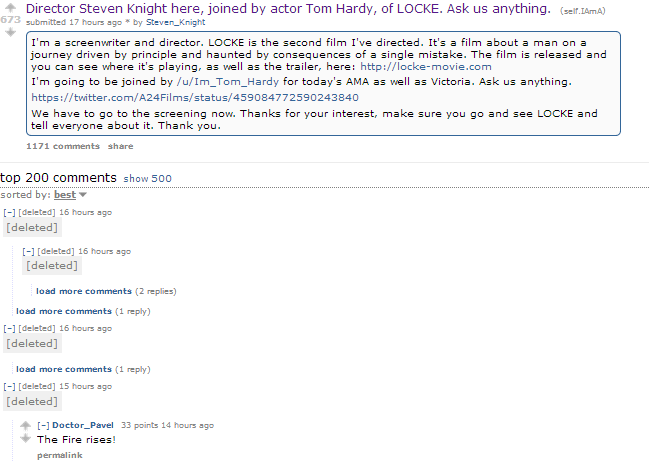 One of Reddit’s r/IamA moderators allegedly took to /tv/ to scold the community for ruining the AMA.

This isn’t the first time 4chan users have raided a celebrity AMA.

In May 4chan’s random imageboard /b/ bombarded a Reddit-powered contest thrown by actor Samuel L. Jackson with the popular copypasta of  a macho Navy Seal “involved in numerous secret raids on Al-Qaeda.”

Since this incident, Jackson has not returned to Reddit. Chances are, Hardy, who is known for being squeamish about the Internet, will follow suit.