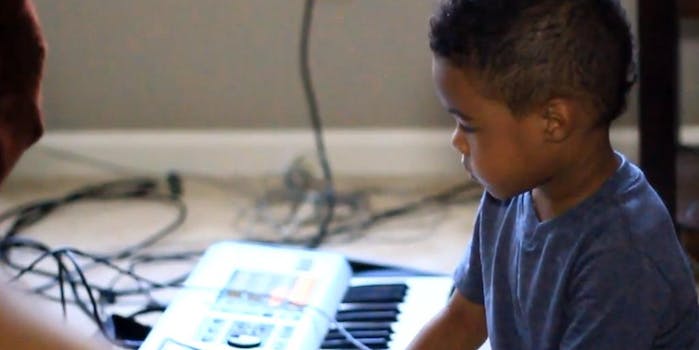 This 4-year-old music prodigy could be the next Diplo

KJ not only spits that hot fire, but he can drop a few beats as well.

Diplo, Kanye West, and Dr. Dre should watch out. This 4-year-old not only spits that hot fire, but he can drop a few beats as well.

The music phenom goes by KJ.

After 17 months since capturing YouTube’s attention, his first hit video has resurfaced on Reddit’s r/videos forum.

“This is still really good,” Nabeshin82 commented. “But not near as good as any of the things that aren’t showing him playing directly. He kind of falls off every once in awhile and misses beats. I mean he’s like… 4. So it would be expected.”

After KJ’s video got popular in April 2012, another YouTube user decided to try and decipher exactly what the 4-year-old was babbling.

KJ is still producing tunes down in Florida and has already produced a beat for Russell Double-O of N.B.H. If Reddit has anything to say about it, KJ will be a star pretty soon.

“As a rapper, I can say that if he keeps this up, he’s going to be an absolute legend,” swullivan added. “The noise he makes with his mouth, while not words, holds the flow of syllables very well. Hes 4, so knowing enough words isn’t really an option to rap. Really though, prodigy.”