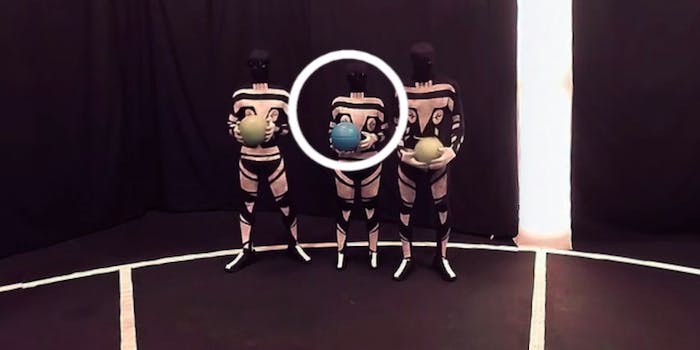 Add a blue ball and some roller skates, and 360-degree video just got gamified.

Today YouTube launched the first interactive game fueled by 360-degree video technology as part of its Field Day initiative. Digital video veteran Joe Penna is behind the new video, which features bodysuit-wearing individuals on roller skates passing around a selection of balls in the 360 space. You’re object is to figure out who’s holding the elusive blue ball by the end of the video.

It sounds deceptively easy, but when the colors are turned off and you’re required to turn your mobile device or click and drag to follow the ball in 360, the object can be easily lost. As you pick the correct ball you move on further into the game to more difficult 360 scenarios.

YouTube creators have increasingly experimented and produced content in the 360-degree format since YouTube added support for it last January, with 360-degree music videos and 360-degree set tours. As the price for 360-degree cameras decreases, more creators might be inclined to give a fuller look into their productions.