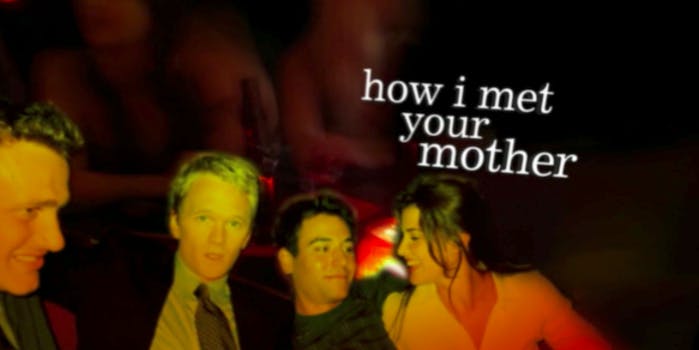 On Monday 30 Rock‘s departure was confirmed, and on Thursday we learned that How I Met Your Mother will also be departing the streaming giant—though this information isn’t that big of a surprise.

In July Hulu struck a deal with 20th Century Fox, gaining over 3,000 new episodes from hit sitcoms and popular comedies to its streaming service. One sitcom included in this deal? HIMYM.

Netflix has yet to comment on the show’s departure, however it did release a statement about 30 Rock and Friday Night Lights rolling off the queue next month to Decider.

“Yes, 30 Rock and Friday Night Lights will be rolling off the service in October. The license for a TV series or movie is for a set period of time, which means every title eventually comes up for renewal. At that point we take a variety of factors into account to determine if we will renew the title. As we expand our content portfolio, our goal is to continue offering great movies and TV series for our members, while also providing content that is available exclusively on Netflix.”

That original content seems to be Netflix’s primary focus.

While fan favorites like Orange Is the New Black and The Crown gain praise and popularity, these Netflix “originals” actually cost the service money: OITNB is produced by Lionsgate, and The Crown by Sony. Because of these monetary demands, Netflix is investing more into self-produced originals in hopes to offset these large costs.

What exactly does this mean for the future of Netflix? Is it time to binge our favorites before they disappear? According to CFO David Wells, 50 percent of originally produced content is the end goal. In the meantime, have a pint at MacLaren’s with the HIMYM gang while you can.