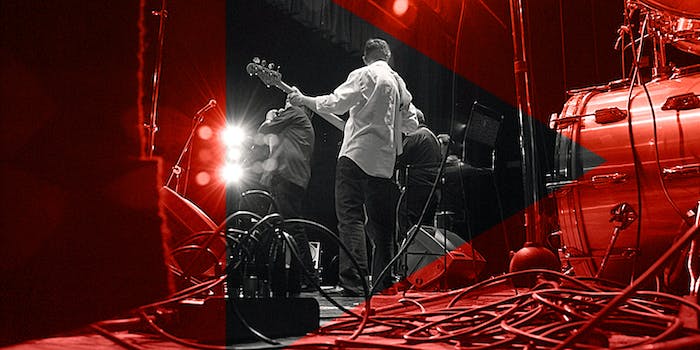 Dive into the vault.

Back in July, YouTube opened up an archive of some 13,000 live music performances. This was the YouTube rabbit hole writ large, a deep dive into the “vault.” Yeah, it’s a lot of Grateful Dead, but with patience, one can find Bruce Springsteen doing “Born to Run” in 1978 or Prince in all his warped glory in Passaic, N.J., 1982.

Still, it can be daunting to jump into tide. Which live performances should you really be watching? Here are 14 worth your time.

I remember watching this VMA performance live and feeling ecstatic at age 13. This was my favorite band on prime time, playing their hit like it’s Top of the Pops. Then at about 4:30, there’s the complete implosion of that artifice, back when those sorts of performances still flew on MTV.

Not necessarily live, but this clip shows how on top of his game Nilsson was in 1971, the same year Nilsson Schmilsson was released. This BBC special gives him room to harmonize, literally, with himself. Goosebumps.

The song is about the excesses of the music business, and Franklin appropriately works those blues down to the nerve. She owns every last inch of that stage.

Costello’s infamous Saturday Night Live appearance—hosted by Miskel Spillman, winner of the “Anyone Can Host” contest—was an exercise in self-editing. And possibly a little self-promotion. SNL allegedly asked Costello not to play “Radio Radio,” so he did it anyway. He was subsequently banned, until he was invited back with the Beastie Boys. You can watch the entire episode, which unfortunately starts with a Grinch Who Stole Christmas rape joke. (The performance is just after the one-hour mark.)

This clip comes from the 1982 punk concert documentary Urgh! A Music War, which contains several other amazing live clips. This one of Gang of Four in London is the clenched fist of the doc.

This feels positively provincial compared to VMA performances of late, but never forget: Madonna dry humps her own bridal veil, and that made it on MTV in 1984.

The new documentary Bayou Maharajah tells the story of New Orleans pianist James Booker and his bittersweet life. It screened at SXSW last year and I specifically recall this Montreux performance, perhaps because Booker squeezes every ounce of pain and heartache from it. This entire performance is also worthwhile, showing Booker in 1983 on cable access.

Talking Heads circa Remain in Light was the band at its most muscled, and this entire concert, filmed at the Capitol Theatre in Passaic, N.J., a month after the album’s release, seems alien.

Live on German TV, “Monk Chant” likely sounded like nothing on the American pop charts at the time. Five American GIs stationed in Germany in the ‘60s formed a proto-punk band, learned how to make feedback, and unleashed it on awkwardly dancing German teens.

“It’s About That Time” is seven minutes of free-jazz witchery from the trumpeter and his band, including a sloping sax interlude. The whole performance is worth checking out, but this song in particular is possessed in the best way.

The Jesus Lizard Live DVD includes this performance at Boston’s Venus de Milo, and it’s a real rollercoaster ride. Frontman David Yow tells fans to take their earplugs out, repeatedly hurls himself into the crowd, and generally lets his id spill out.

This was Kraftwerk before the fully electronic release of albums like 1974’s Autobahn. Filmed live in Soest, Germany, this performance is nearly an hour of sonic revelation. As with Monks, the audience might be the part part, only these German teens look totally bored (yet very fashionable).

Prince performs single “I Wanna Be Your Lover,” from his self-titled 1979 album. The quality isn’t great, but that black-and-white feed adds something special to this pre-Purple Rain performance.