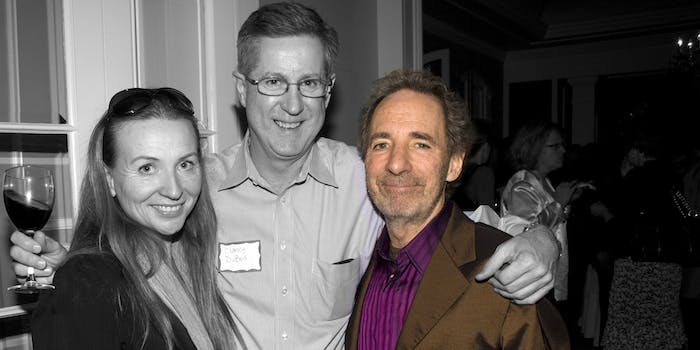 12 of Harry Shearer’s finest moments on ‘The Simpsons’

The series won't be the same without him.

It’s hard to overstate what a blow it is to The Simpsons to lose principal voice actor Harry Shearer, who announced on Twitter just hours ago that he was leaving the cast of the animated sitcom. As of this moment, the show will go on—production is set to begin on seasons 27 and 28—but without many of the supporting characters that brought the town of Springfield to life.

Or, who knows? Maybe someone with a gift for mimicry will pick these roles up. Hilariously enough, Ned Flanders, the Simpsons’ squeaky-clean neighbor and one of Shearer’s finest creations, was once at the center of a joke about this very problem: In a meta moment, Homer is commenting on the advantages of animation, prime among them the cheapness of voice actors. At that moment, Flanders strolls by an open window and remarks, in what clearly isn’t Shearer’s voice: “Plus they can replace them, and no one can tell the diddly-ifference!”

In any case, The Simpsons is sure to enter its final death spiral without moments like these:

Principal Seymour Skinner, along with jaded fourth-grade teacher Edna Krabappel—voiced by the late, great Marcia Wallace—all but define the run-down, cash-strapped, and educationally bankrupt Springfield Elementary. Without either of them in the starting lineup, you may as well never show Bart and Lisa in school again.

Arguably the greatest TV neighbor in sitcom history, Ned Flanders is a bastion of religious common sense and inflexible morals in a town ruled by corruption, vice, and sheer stupidity. He’s the perfect counterpoint to nearly every other petty character in the vast ensemble.

It’s nigh unfathomable that Shearer gave voice to both the demented centenarian nuclear power magnate Charles Montgomery Burns and his lovesick lackey Waylon Smithers, but exchanges between the two—and with Homer, their perennially inept employee—never suggested less than a sparkling chemistry between two totally different people.

On paper, the chuckle-prone Dr. Julius Hibbert is simply a poke at The Cosby Show’s Cliff Huxtable. In practice, however, he’s a devastating critique of Western medicine.

OK, maybe George H. W. Bush—who sounds suspiciously like Flanders, as pointed out in this episode—wasn’t a recurring role. But it really should have been.

Reverend Timothy Lovejoy, in his fear-mongering, smugness, and utter exhaustion, provides a way to skewer not just the tenets of American Protestantism, but also mainstream religion as we know it.

There’s no shortage of stoner/slacker characters in TV and movies, but all of them lack the pathos and unlikely innocence of Otto, Springfield Elementary’s unqualified school bus driver.

Grandpa Abe Simpson’s best friend, Jasper, proves there are no small parts, only unfunny ones.

Unethical, pompous, and quick to incite panic, news anchor Kent Brockman is everything we continue to love to hate about CNN, Fox News, MSNBC, and … well, you get the idea.

The Schwarzeneggeresque Rainier Wolfcastle, an accented action star known for the bloody McBain movies, is a glimpse into the hollow center of celebrity and mass entertainment alike.

Lastly, can you imagine The Simpsons without Homer’s work pal Lenny Leonard? Didn’t think so.